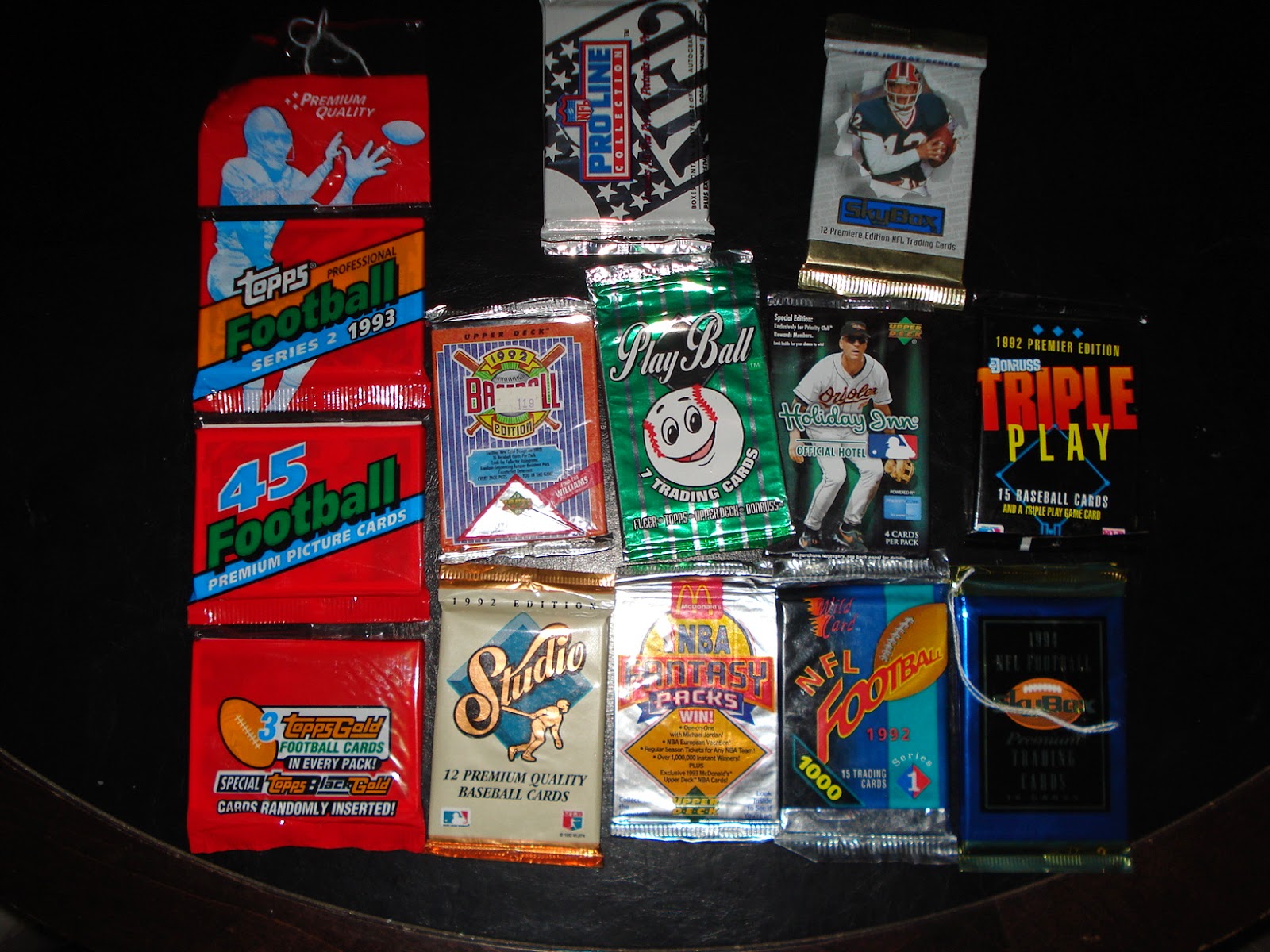 In April, my daughters and I took a trip to Farmington, Mo.  A great time where we could hang out and have some father-daughter time. While there we took in a flea market and hit a good sized antique shop.  While the girls didn't want anything we still had fun and I ended up picking up some card packs from years past to include some I've never seen before.  Thought I'd share some of what I found here so everyone can enjoy.

First off were a pack of Upper Deck Holiday Inn Play Ball baseball cards from 2007.  There were four cards in the pack and it looks like Cal Ripken Jr. may have been paid to promote Holiday Inn.  I don't remember how much I paid but it was .50 cents or less.

The four cards I pulled were Albert Pujols, Garrett Atkins, Paul Konerko, and Cal Ripken Jr. not in uniform holding a Holiday Inn Premier Club Rewards card.  The cards are nice looking with green borders which is completely different from the 2007 Upper Deck baseball standard set.  The Ripken card is part of a four card set of Ripken cards while the base set is 60 cards.  The backs contains player information, team logo, career stats and a short write-up on the player.  I always enjoy finding cards I've never seen before so this was fun and I liked my pull, especially the Pujols card.  ﻿
Posted by Bulldog at 2:49 PM