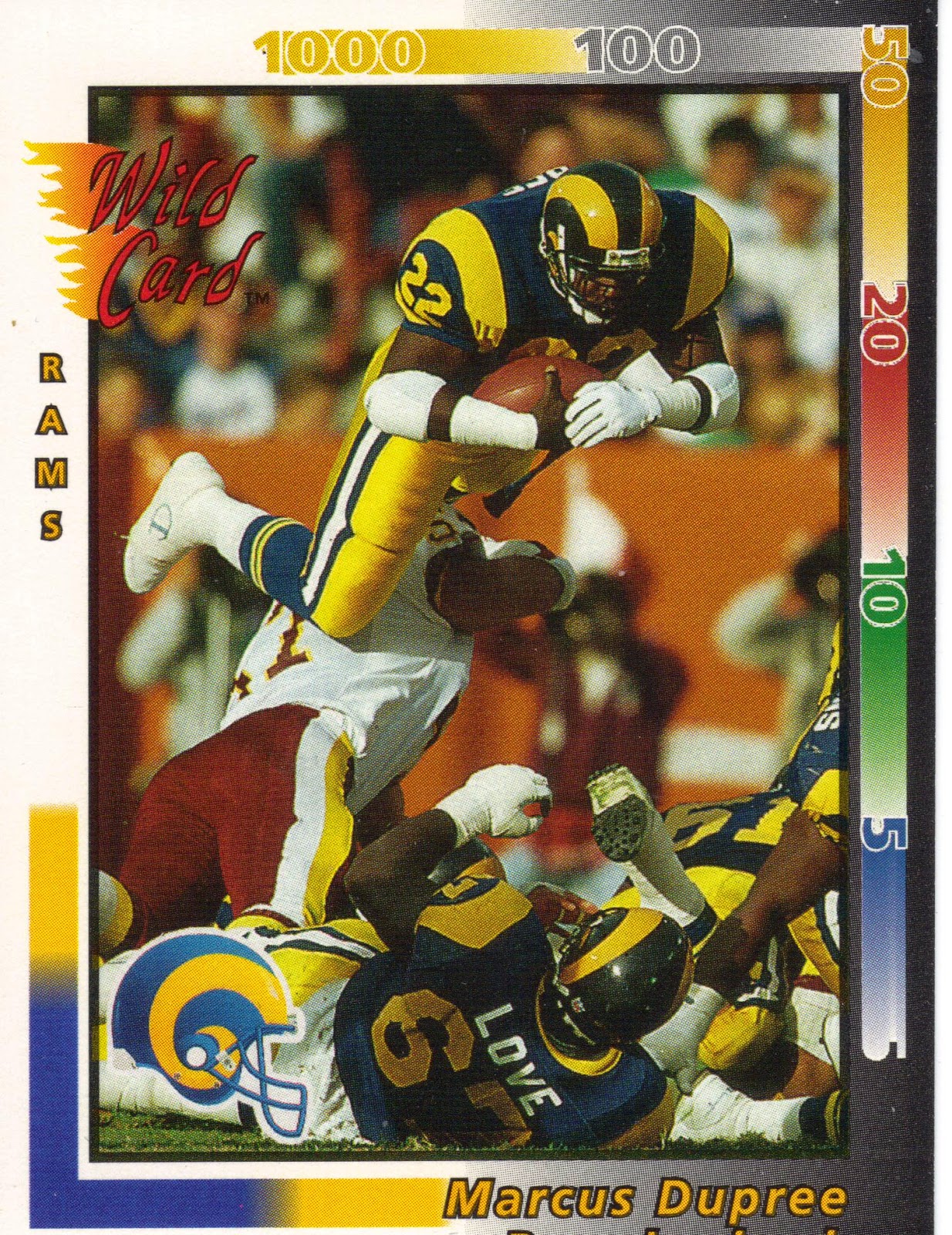 One of my favorite brandings of the 90's was the Wild Card offerings so when I saw this pack I had to pick it up.  This was a pack of 1992 Wild Card football.   They had a really different colorful design that clicked with me.  The fronts also have the team helmets on them which is also a plus for me.  I thought the numbers on the front had something to do with a game associated with the cards.  I haven't' been able to confirm this and maybe I'm mixing it up with one of the other wild card sets.  Hard to tell.

Pretty good pull in which I grabbed a Marcus Allen, John Elway, Bret Favre, Richard Dent, and Jackie Slater.  The rookie cards show players in their college uniforms.  The backs have basic stats you'd expect to find and contain a head photo of the player but are otherwise unremarkable.  I definitely wanted to share these as again they are some of my favorites.