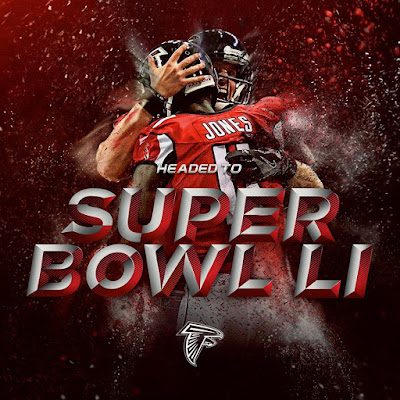 What a win for the Atlanta Falcons.  That game was a drubbing from the start and as a Falcons fan I was OK with that.  Atlanta's offense is historically good and it didn't disappoint.  Well the running game wasn't up to par but overall they still dominated.  Their defense is what was surprising.  They were able to put pressure on Rogers and hold at key moments or get a needed turnover until the game was essentially over early in the second half.  It was odd to see Green Bay so off.  Credit goes to the Atlanta defense though injuries also played some part in their issues.  Still the defense did a great job for the second week in a row.  Coupled with their outstanding offense any type of good outing by the defense will give them a shot at winning games.  Is Matt Ryan a stud this year or what?  Wow.

As a fan I'm beside myself.  This is such a rush.  Been some 19 years since the last time.  Hopefully Atlanta can win it in this, their second Super Bowl appearance.  I really think they can.  That offense can definitely put up points.  If it continues to do so there is no reason the Falcons can't bring home their first NFL championship to Atlanta.  Waiting two weeks for the Super Bowl won't be easy but it will be well worth it. 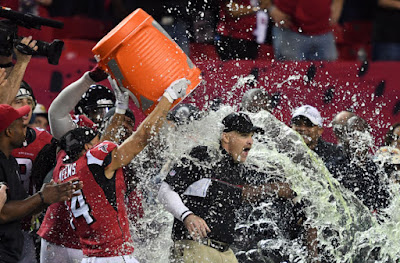