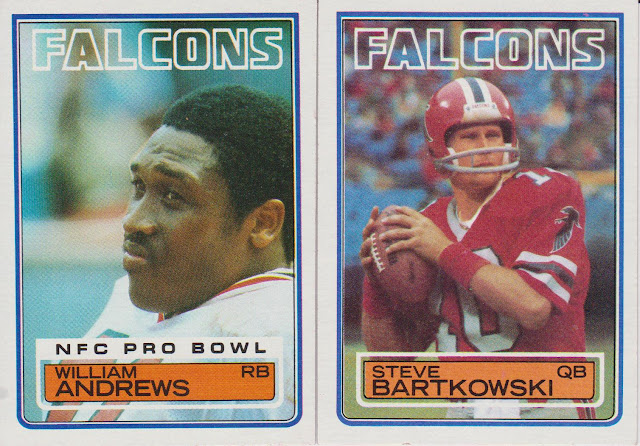 Not a bad design on these cards though they won't exactly wow you.  As always you'd love to see some action shots but that wasn't an option here.  Bartkowski (I have his jersey), Andrews and Alfred Jenkins are three of my all-time favorite Falcons and it is always nice see cards of those guys.

This team won it's division in '82 before losing in the first round of the playoffs.  There were some nice players on this Falcons team but I wouldn't say it was dominant. 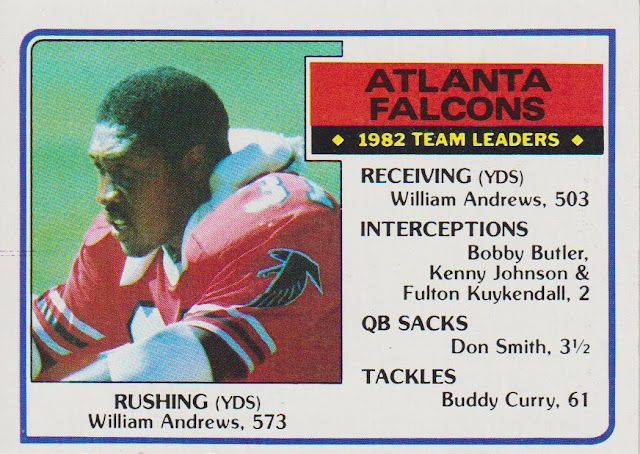 Fifteen total cards here counting the team leaders card.  This showed the players and stats from the '82 season shortened by the strike.  A guy like Andrews was hurt by the strike.  His career was cut short by an injury and seven more games could have meant another 700 yards to his total.  Definitely one of those guys we talk about differently if he had stayed healthy.  As is he'll always be loved by Falcons fans. 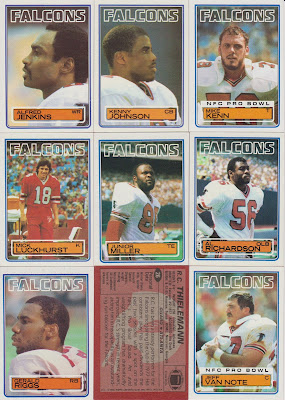