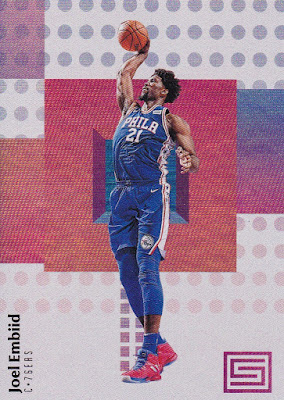 Saw these online and then they hit the local Wal-Mart.  Wasn't sure the 2017-2018 Status basketball cards were for me but still thought it was worth a shot.  While I think my initials thoughts were correct these cards are a little more appealing to me in person.  There were 20 cards in the $4.99 pack.  I'd say the background is fufu but still I'm not put off by it too much.  I won't pick up anymore packs but I enjoyed this one for what it was.  Pretty good pull headlined by Embiid.  None of the top five but still a good collection of stars from around the league.  There were two inserts - an LA Lakers Factions card which I like and a Rookie Credentials card.  So while I won't be picking anymore of these up, I won't beat up on it either.  Just not my style of card.  Curious to see what others think. 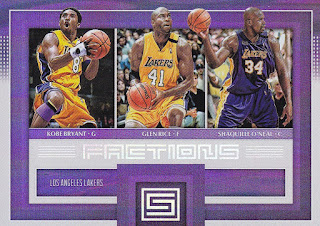