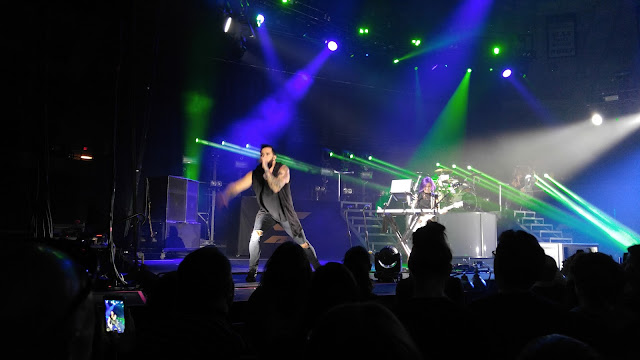 I was able to take in a Skillet concert in Carbondale, IL on the 26th.  Skillet is hard rock but the really turn it up a few notches live.  I was lucky enough to snag 4th row tickets for about $72 out the door.  That included a Q&A session with Skillet and their opening act, For King and Country, before the show.  First and foremost Skillet blew me away.  It seems as though Skillet’s music was made to be played live.  The band’s energy and great music made for one of the best concert experiences I’ve ever had.  While there was some cool things like the risers raising the band into the air or the drum set moving forward this was just a rock show.  Front man John Cooper has a ton of energy which keeps the crowd going throughout the concert.  Jen Ledger provides great accompanying vocals and drumming while Korey Cooper (John’s wife) provides bass.  Seth Morrison is lead guitar and is really good. 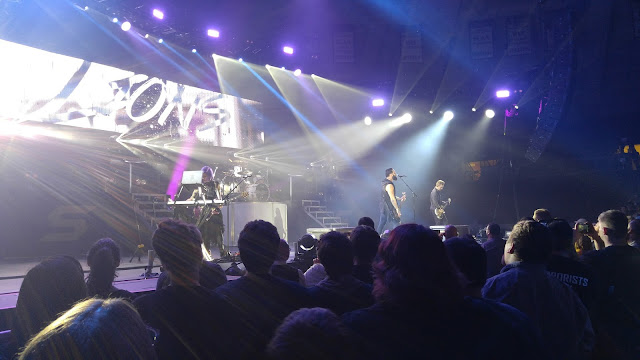 The 14 song set list had six songs from their current album Unleashed with past albums Rise, Awake, and Comatose all well represented.  The group has charted really well on the rock charts in sales and in airplay.  Anyone who is remotely familiar with the group will recognize the songs and the hits.  I can’t argue at all with their choice of songs and really didn’t have any I thought they omitted.  Bottom line is I thought Skillet was great and the concert experience as a whole was a blast.

Short Skillet clip.  Sound is horrible thanks to my phone but it should give you a good perspective from where I sat.

For King and Country skews more pop than hard rock but put on an awesome show.  This video is a good showing of what they do throughout the entire concert.  I knew nothing of this group going in, sans a quick internet search, but left knowing these two brothers from Australia, and their 6-man band, really know how to entertain a crowd with really good music.

Jen Ledger, the drummer from Skillet, played a three song set as the opening opening group.  She has started a side project, Ledger, and had released and EP the week prior to the concert.  She did a great job and her music was good. 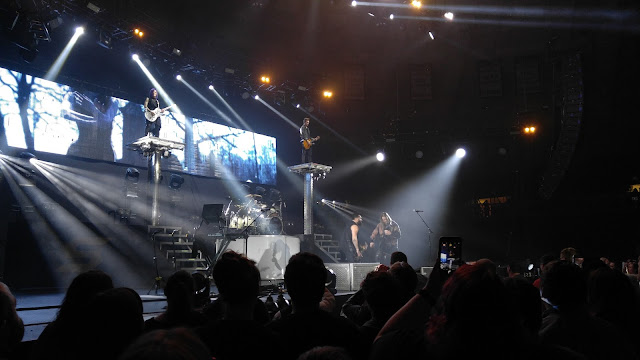