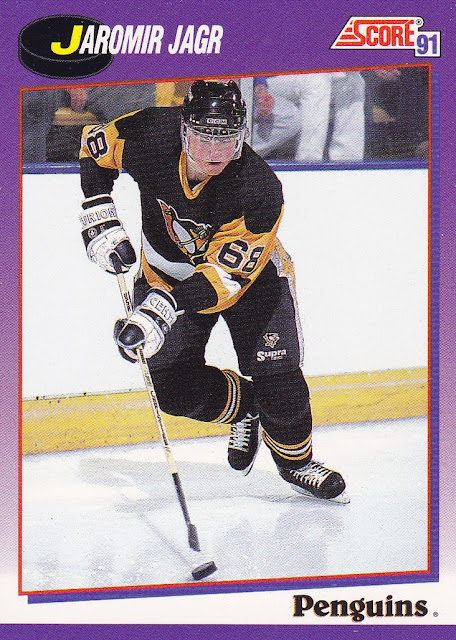 1991-1992 Score Hockey:  This is a set I don't remember but it was a fun pack.  I like some of the elements but a team logo in place of the team name would have been nice.  Purple as a set design color?  Not one I'd pick but I'm OK with it here.  Jaromir Jagr is a great card to kick this off with. 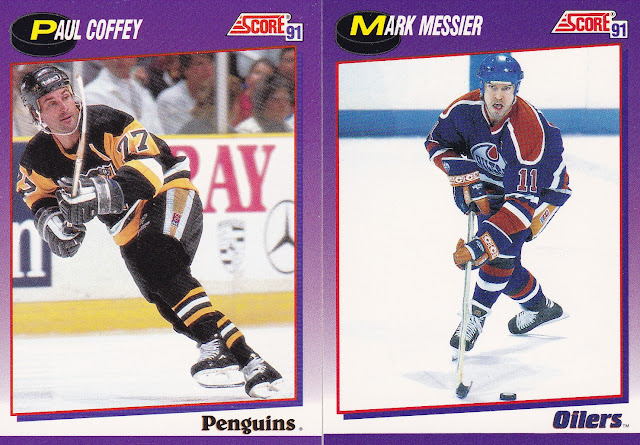 He wasn't the only star power.  Plenty of it found in this pack. 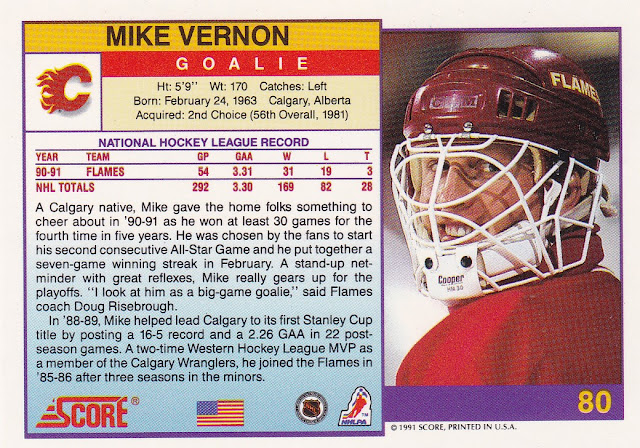 I pulled a Calgary Flame and he is one Flames fans will never forget.  He helped Calgary win the Stanley Cup Championship in 1988-1989 going 16-6 in the playoffs.  The backs of these cards are pretty nice.  Something Score always seemed to do a good job with.

I enjoyed these cards and I can't complain with my pull.  I call this a win.  The NHL playoffs are in their conference championship series so it won't be too much longer and a new team will be hosting Lord Stanley's Cup. 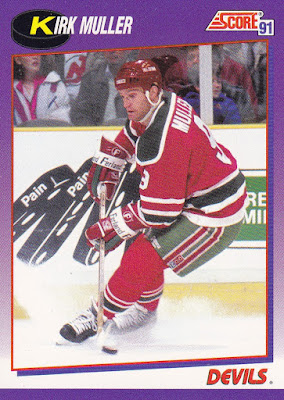