The NFL Hall of Fame class of 2014 was announced this weekend.  I love the hall of fame's of each sport and Saturday's announcement was very fun.  While I was excited for the entire class (Claude Humphrey, Michael Strahan, Derrick Brooks, Walter Jones, Aeneas Williams, Andre Reed and Ray Guy) there are always those whom I'm especially happy for.  Ray Guy, Claude Humphrey and Andre Reed fall in to that category that this year. 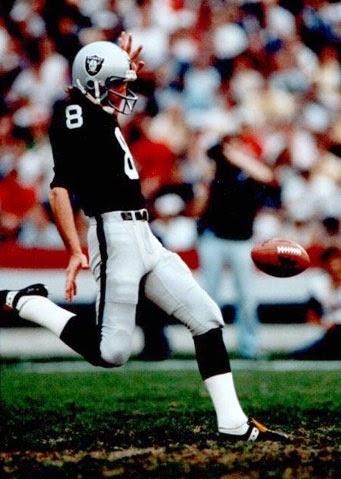 I grew up watching Ray Guy kicking the ball.  He was the best there was and was widely recognized as the best of the best punters when he retired.  I don't know why Guy, a punter, resonated with me.  Maybe because punting is something as a kid I always thought I could do since I didn't have the arm to be a good quarterback.  I was one of the thousands of kids who competed in the Punt, Pass and Kick competition in the 70's.  I didn't win but it was fun.  I'm sure part of my love of Guy was his being a part of the Raiders and the mystique that came with being one of the black and silver.  No matter why, I'm very happy to see him finally get in.  Not sure the reason voters have such a hard time voting kickers and punters in but hopefully this will help open the door to future inductions.

Being a Buffalo Bills homer seeing Andre Reed get in is fun.  He'll join Thurman Thomas and Jim Kelly from the great Bills teams that went to four straight Super Bowls.  It is too easy to say that receivers accumulate numbers and that they weren't quote "Hall of Famers".  There is truth to that in some cases but it shouldn't obscure the fact that many of these receivers are legit hall of fame players.  Art Monk and Lynn Swann were others who had to fight this argument for years.  Back to Reed.  His is deserved of this honor and I'm always happy to see another Bill enter the hall.

Speaking of being a homer, Claude Humphrey of the Atlanta Falcons (and Eagles) also gained induction to the hall.  While I have scant memory of his playing everything I've read he has deserved this honor for some time.  Sacks weren't an official stat when he played but I've read that 122 is what he has been credited with including 14.5 sacks with Philadelphia helping them get to Super Bowl XV. 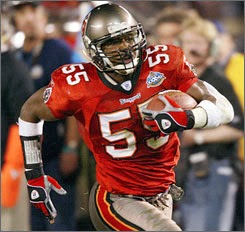 Derrick Brooks was definitely a player I always enjoyed.  He was a beast on defense and helped Tampa Bay win their only Super Bowl title.  Glad to see him get in on his first ballot.  Walter Jones is also a guy who deserved to get in first time out.  Aeneas Williams was a surprise to me.  Having played for the St. Louis Rams I've heard talk about Williams quite a bit on the local radio stations.  While they all said the right things they weren't convinced he'd make it either.  Michael Strahan is a guy who while I acknowledge how good he was resisted his getting in until late.  I didn't appreciate him while he played mostly due to the fact his Giants kept beating Tom Brady in the Super Bowl.  But once he retired and I've gotten to see him on Fox and his morning show how can you not like this guy?  It opened me up to really looking at him as a hall of fame candidate.  And he deserves his spot among the other greats. 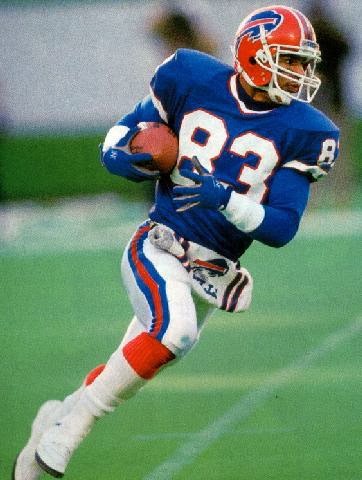 I can't argue with any of this year's class which is nice.  Of course with the NFL's back log of good players waiting to get in I may not have any good arguments for a while.  Big names who will be first time eligibles next year are Kurt Warner, Junior Seau, Orlando Pace, and Isaac Bruce among others.  I do like the NFL Hall of Fame selection process.  It is very unique in that voters get to be in the same room and make their case for players.  That is just too awesome.  I would love to hear some of those conversations.  Well only one more year to see who will get in.  I'm thinking Seau and Pace are locks but won't be surprised if Warner also gets in.  His career is a bit of an enigma so it is hard to define but that is a story for another day.  It will be fun talking about when the time comes and I'm sure I'll post something then.
Posted by Bulldog at 10:14 AM