Can we question Peyton Manning's legacy? 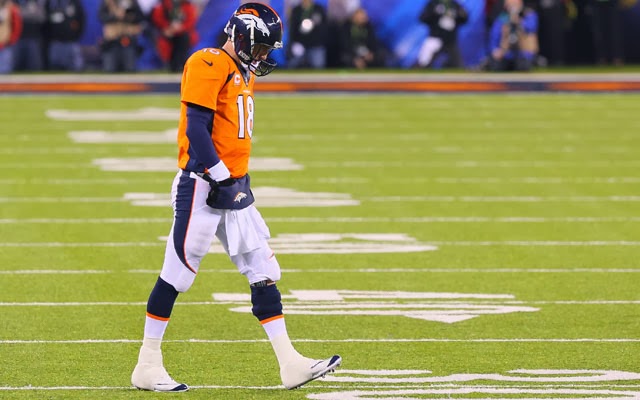 Can we question Peyton Manning's legacy?  This came up quite a bit leading up to the Super Bowl and again after Peyton Manning and the Denver Broncos were dispatched easily by the Seattle Seahawks in last night's Super Bowl.  The answer to the question I pose is yes and no.  They're never simple are they?

First, for this conversation to be intellectual at it's core, you must understand that Peyton Manning is one of the greatest quarterbacks of all-time.  He has to be right up there with the best of the best in any discussion.  If you can't believe that, the answer is "no" you can't question his legacy.  That is because if you can't believe he is one of the all-time greats then I think you are not very smart in the world that is the NFL.  I think even old timers who watched the greats in the pre-TV era would say "Yeah, Peyton is great".  And anyone who has watched him should be able to say that without hesitation.  Unless you just don't get it.

I won't sit here and argue where he stands among the greats as that will take too much time.  But I personally believe he is in the top three of quarterbacks I've been able to see play.  Unfortunately that only takes in the mid 70's until today.  But that is no slight to quarterbacks before that time.  I am someone who enjoys and honors those that played in different eras not readily accessible to us in any media thus making it harder to make comparisons.

So now you know where I stand.  That being said we can argue Peyton's legacy among the all-time greats.  That is completely fair.  I will start here.  His stats are beyond compare and there are too many to even make it fair against others of the modern football era.  Five-time MVP is a great one though.  Uh yeah, nobody is in that rarified air with him.  Seven time all-pro.  He has a Super Bowl win.  Been to three Super Bowls.  All with teams who won't match up position for position with many of the great teams that have played in Super Bowl games.  So I'll say he helped carry those teams to some extent.  Look at the Colts the year he was out with injury.  That wasn't pretty.  Denver was very good when he got there and just needed a quarterback.  Still they weren't great.  This year their defense was good but was decimated by injuries. 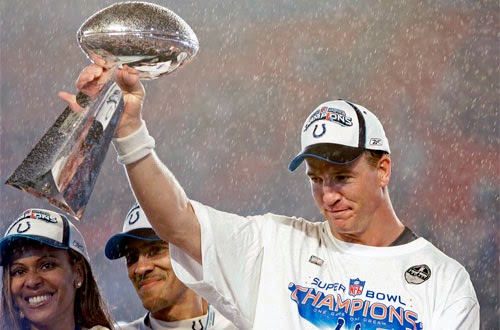 Again there are too many arguments to be made for Peyton Manning and the other great quarterbacks out there.  They are all great and have their own "legacy" conversations that can be had.  When I hear folks talk about Peyton's legacy I think it is a just argument in the right context.  One in which he already sits near the front of the line when it comes to all-time great quarterbacks.  It has to be hard for Manning to hear these things.  He already has to hear it from the media about how his little brother Eli has more Super Bowl rings than him.  Heck, he might even here from his little brother.   He isn't even done playing to our knowledge.  So this is a great conversation/argument that I love.  Anyone ready to have it is more than welcome to pull up a seat.  I'm just a little tired of the "legacy" argument being thrown around in a way that seems negative.  It might be if he wasn't already the superstar he is.  I would just like to hear the media put their conversations in a better context.  It is lazy and bad journalism when they don't.  I have said my peace.  Thank you.  ﻿
Posted by Bulldog at 1:51 PM