After going 31 and 10 early in the season Portland has struggled and now stand at 37-18.  This includes being 6 and 9 in their last 15 after a 5 game winning streak in mid-January.  Hot early Portland looked like they could compete with the big boys of the Western Conference.  Now, not so much but it shouldn't diminish what they've accomplished.  LaMarcus Aldridge and Damian Lillard made the all-star game this month and both deserved their selections.
Aldridge (23.9 pts, 11.9 rebs, 2.8 asts - all career highs) has been a huge part of the Trail Blazers' success due to his outstanding play.  He is the rock that all teams want in their lineup every night.  Having Lillard (21, 3.6, 5.8) as one of the top points guards beside him has been a mojor part of his and the rest of the team's success.  Lillard can score, ensure the offense runs well and has shown he can close out games as he did in back-to-back games against Detroit and Cleveland.  While those two are definitely the main reasons for the team's success others are also doing their part.  SG Wesley Matthews is averaging a career high 16 points, and shooting well, while C Robin Lopez is having a career year.  SF Nicolas Batum is having a solid year and PG Mo Williams is having a playing great coming off the bench.  I like the mix this team has with their bigs and smalls who can all shoot the rock.  Portland has gotten what they had hoped from the additions of Lopez and Williams in the off season while Aldridge and Lillard have only gotten better. 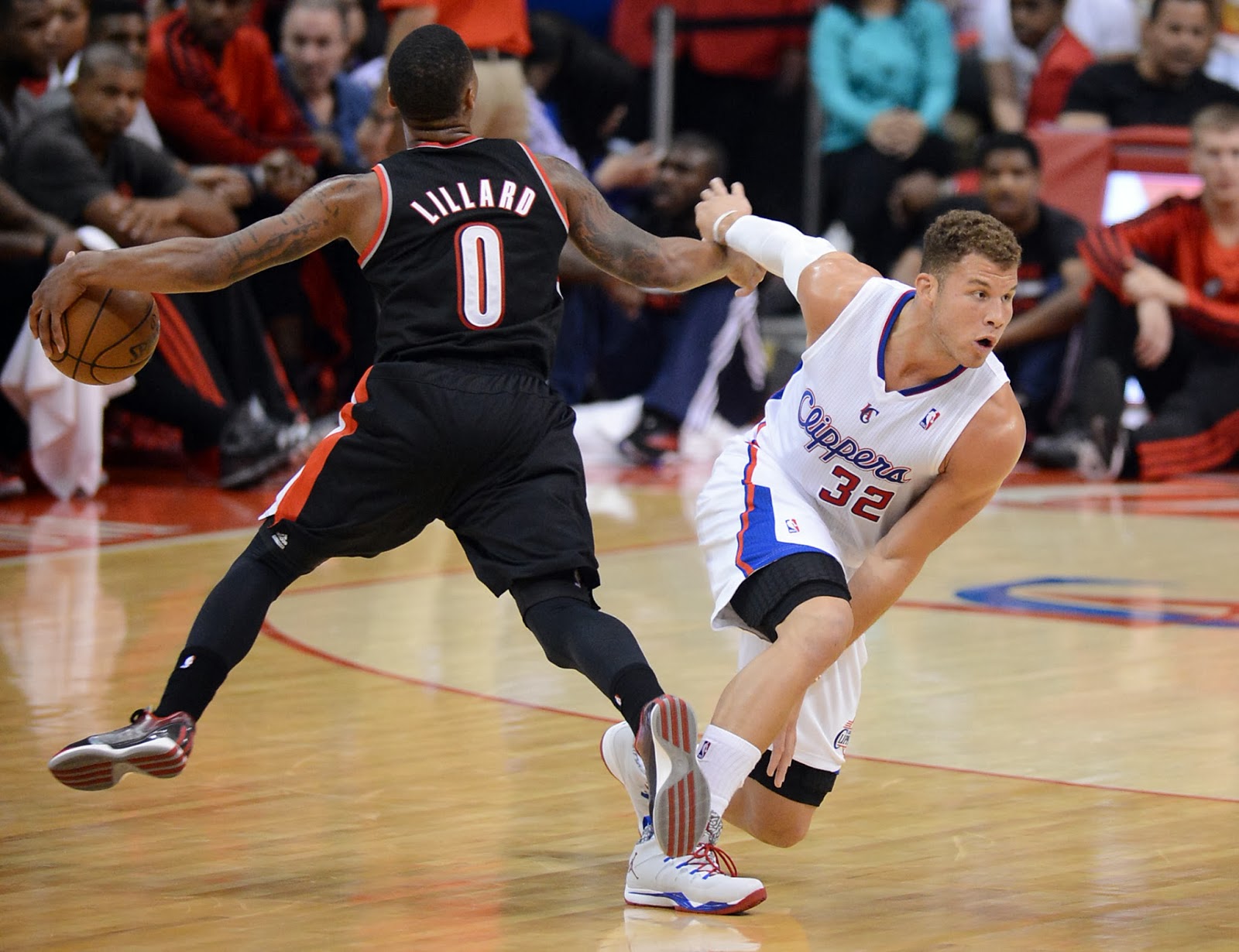 So while all looks good this team is still struggling.  Some of it has been the schedule getting tougher and some of it has been some injuries of late.  The defense still isn't on par with even average teams in the league (27th in the league) so it helps to have the best scoring offense.  I haven't been able to see the Blazers much so I don't have any great insight.  But just on what I have seen, read about and can see in the box scores I would like to see more from Dorrell Wright coming off the bench at SF.  Bench scoring is coming from Williams and rookie SG C.J. McCollum.  Wright's 4 points a game isn't doing much for the team especially considering he is shooting around 36%.  But really the team defense has to improve for Portland to be taken seriously.  This falls squarely on the shoulders of coach Terry Stotts.  Portland may not have great defenders but they have very good athletes and it is the job of the coach to design a scheme that allows them to succeed on defense.  Four of Portland's next five games are at home and are all winnable.  Hopefuly we'll see some improvement.

This is a good team.  Not great but very good.  Unfortunately the Western Conference is stacked so it is all the more important that this team learn to play defense as well as get contributions from every player up and down the lineup.  If they don't the season will but a foot note and a we'll see a quick ouster from the playoffs.  Not trying to be negative but while the team is exceeding my expectations, the Blazers have 6 first round losses to show for the last 13 seasons which include 6 seasons of 48 or more wins.  So we've seen it before and I think there is pressure to not only have a good regular season but to also do well in the playoffs.  For now I'll enjoy the season and the success they are having.