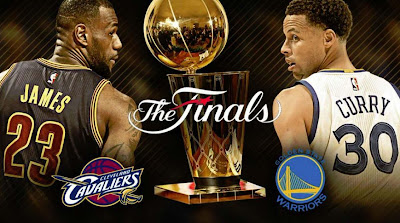 The Golden State Warriors and Cleveland Cavaliers will meet once again in the NBA Finals.  This year's Finals should be different in that Cleveland enters the series healthy vice last year when Kevin Love was out the entire series and Kyrie Irving was out after one game due to injury.  That left LeBron James as a one man show that didn't have enough steam with Golden State able to key on James who only shot 39% from the field.  That said, he did score 35 a game while adding 13 boards and 8 assists per contest.  Monster numbers but again Cleveland was outmatched as Stephen Curry and the rest of the Warriors shot 36% from beyond the arc.  And that was with Klay Thompson looking pedestrian adding 15 PPG while only shooting 30% on three’s.  Andre Iguodala of course had a great series on defense as well as on offense as he gained series MVP honors. 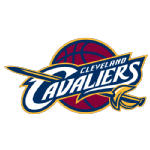 Again Cleveland is a different team this year just due to health.  They have looked great in the playoffs being able to hit the three with more regularity than in the regular season.  Of course when that isn’t going down (see two losses to Toronto) things can be bad.  Still they aren’t a one trick pony.  While LeBron’s three point shot isn’t falling this year he can get his as is evident by his 26 PPG (on 62% shooting), 8.5 RPG, and 6.7 APG against Toronto.  Irving and love are great compliments.  Love keeps big men honest by ensuring they have to stay out near the three point line.  Irving can drive, drawing the defense, and shoot threes (hitting 45% in the playoffs after a down regular season beyond the arc).   The rest of the Cavs have been good in the playoffs this year but can be streaky.  They’ll need everyone to play well to get Cleveland their first NBA Championship.  I think the roadblock will be their defense.  Love has never been known for his defense and Irving is also suspect at times.  The guards for Cleveland will have to be on top of their defensive game every minute.  Any chance Cleveland has hinges on trying to get Curry and Thompson off their game. 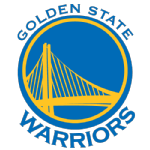 Golden State looks like world beaters.  Even after going down 3-1 to Oklahoma City they came back with authority.  Curry averaged 27 PPG (41% 3’s) and Thompson added 24 PPG (41% 3’s).  That is a tough combination.   Even with Draymond Green off his game Golden State can score and it makes it tough for any team to keep up.  It seemed the Thunder started to press when they would get down to the Warriors and take bad shots.  So Golden State just needs to keep to their game and play catch me if you can on offense.  On defense I don’t think they have to take any one player out.  I think they have good enough defenders to play Cleveland straight up while assuming that LeBron will probably get his.  If they can disrupt Love and Irving things could fall apart quickly for the Cavaliers.  That isn’t an easy task.  Cleveland has shown they are here to compete these Finals.  Green has not played well in the playoffs.  If he can get it going it will make life miserable for the Cavs.  He really is a huge x-factor that can play havoc on both defense and offense.  Conventional wisdom probably has the Warriors winning this series but I definitely would get down 3-1 to Cleveland.  At some point the Warriors could lose their mojo and a comeback like the one last series might not be possible. 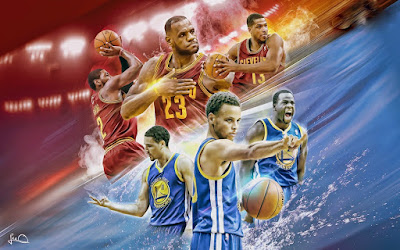 Golden State should win the series.  With Curry and Thompson at the top of their respective games they are near impossible to beat.  Cleveland has to do whatever it takes to get them off their game and hope the rest of the Warriors can’t pick up the slack.  Good luck doing that but what other choice do they have?  As with last year I don’t have a real rooting interest.  Golden State is a great team that could finish off a historic season with a Finals win.  With Cleveland you just want to see the city win a championship and be able to celebrate, something it has not been able to do for a lifetime.  I’d also like to see LeBron get a championship for his home crowd and not in a city named Miami.  This isn’t a Finals where I think the role players win it.  They might be important but I think the big guns win or lose this series.  And they don’t get any bigger than Curry and Thompson.  Warriors 4-2 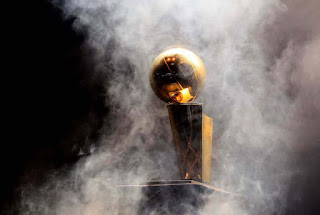