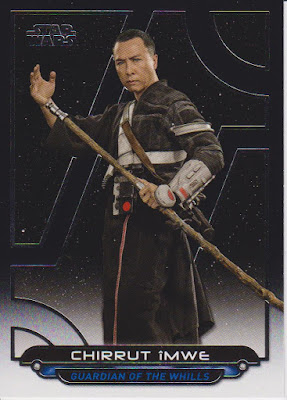 Was finally able to grab a pack of the 2017 Star Wars Galactic Files Reborn cards from a local target.  The base set of 200 cards is divided among the eight films and two animated series with each movie/series having unique numbering.  There were six cards in the pack.  Five were characters from the movies and animated series with one being an orange parallel.  The other was a vehicle card (insert).  I like these cards.  The front is fairly simple but the design is nice.  I like the background on the fronts which gives the cards a nice look and I enjoy these much more than than the boring Star Wars Card Trader Physical Trading Cards we saw from Topps last year.  The backs are fine with nice write-ups as well as ratings for certain characteristics (intelligence, diplomacy, etc.).  The base sets can be found for under $20 on eBay so I'll probably pick up the set at some point.  Glad I was able to pick these up and show them off. 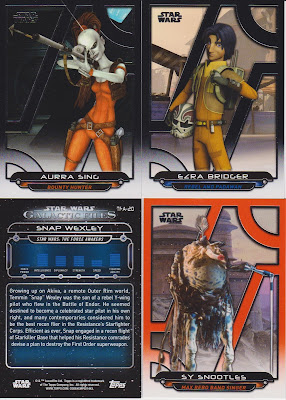 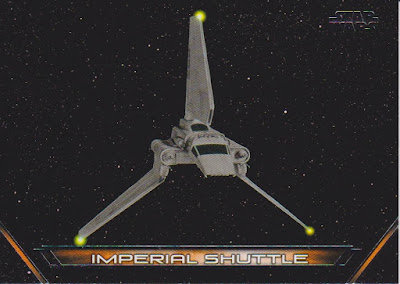