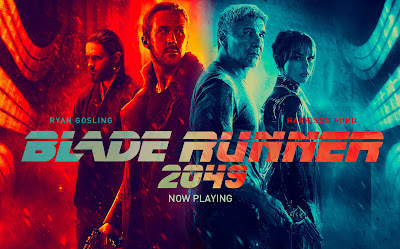 We caught Blade Runner 2049 on opening night.  I have not seen the original so I went into this blind.  I think it was a good movie.  I liked the story which was easy to pick up on even without seeing the original.  The visuals and cinematography was also great.  They are really appealing which help draw you into the world they've created.  Ryan Gosling and Ana de Armas are the stars of the movie for me playing K and Joi, his artificial intelligence companion.  They were great.  Harrison Ford is not in the movie as much as you may believe from the trailer.  That isn't a bad thing per se.  His character is fine and serves it's purpose.  He didn't need to be in it any longer. 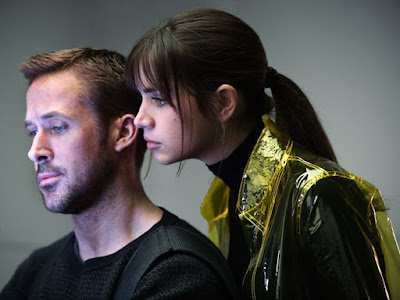 There were some negatives for me but none mean the movie wasn't good.  It was long!  Two hours forty-five minutes.  Not only that but the pacing is slow.  Combined that makes for a long movie that felt like a long movie.  It was like they wanted to make each scene an event or overly dramatic - and too long.  Gosling's character K is also a little devoid of emotion so dialogue at times seemed like a first read through of the script as opposed to actual acting.  Take my look at the movie for what it is worth.  For a different perspective our 23 year-old son really enjoyed it.  I would think that if you enjoyed the first movie you'll want to see this movie and would probably enjoy it.
Posted by Bulldog at 11:04 AM