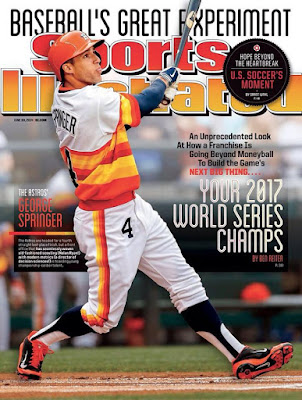 The Astros are the 2017 World Series winners after taking down the Los Angeles Dodgers in a fun seven game series.  I enjoyed the series that had plenty of young stars on both sides.  I was rooting for the Houston Astros since they had never before taken home the trophy.  For all the offense everyone spoke of neither team batted particularly well (Houston - .230/Los Angeles - .205).  There were plenty of dingers with the 'Stros launching 15 and the Dodgers hit 10 to keep us excited.  George Springer was definitely the star in this series for Houston.  How can you not enjoy seeing young stars doing great on the sport's biggest stage?  If my teams are not in the series all I can ask for is to be entertained and boy was I.  Game 7 was a bit of a snoozer but knowing someone would raise the trophy over their head at the end of the night still gave me plenty of anticipation. I love Jose Altuve as a player so it is nice seeing him reach the top so early in his career.  You never when or if  a team will win it again no matter how stacked they are (read:  90's Atlanta Braves).

It's also fun to see those who win their first championship after years in the league.  Justin Verlander is the most prominent of course and was nothing short of a beast after being traded to Houston.  Then there is Carlos Beltran, Brian McCann, Francisco Liriano as well as the familiar names on the Houston coaching staff and in the front office.  I'm happy for Nolan Ryan as well who while a front office guy he still gets to enjoy this.  Then there are the stories of Evan Gattis and city of Houston itself.  Houston and the Astros can enjoy this for a whole other year while the rest of the league tries to unseat them.  Though as currently constructed this may not be the last time we see the Houston Astros in the Fall Classic. 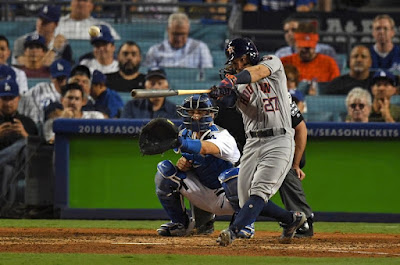 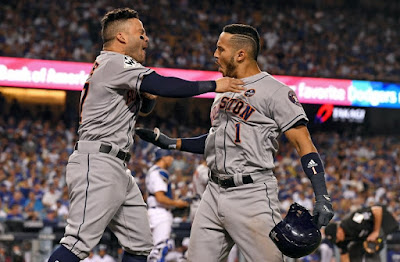 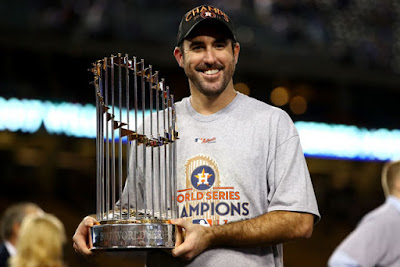