Game 7 is tonight!  Last random wax in honor of the World Series.  This 1989 Upper Deck pack did not contain the Griffey Jr. rookie which of course is the big score.  I was happy with Robin Yount but from there it was so-so.  There were a total of 15 cards and 2 holographic team logo circle stickers.  These are definitely one of the great Upper Deck baseball sets that was a game changer for the card world.  Not only were the fronts nice the backs had different photos as well that were sometimes better than the front.  It was fun.  You just never know if you'll get that big card.  I won't complain any.  Good stuff. 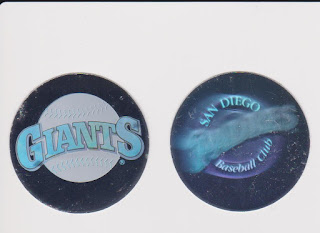