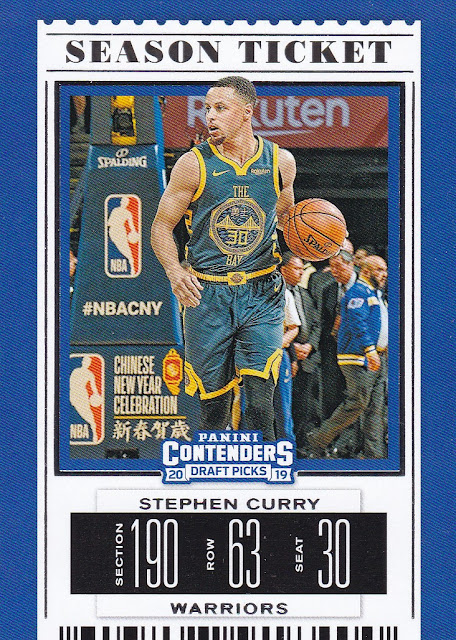 2019-2020 Contenders Draft Picks:    Had this post sitting there for a while.  I went all in with four blasters of this brand when they came out.  This is the third of that group.  The chase for Zion is real even though he hasn't played a game yet.  Each of these blaster come with an auto.  Mine was Phil Booth, a Villanova alum, who isn't on an NBA team.

James Harden is having a monster year and Anthony Davis is doing great alongside LeBron James in L.A.  Donovan Mitchell is a true force in the league averaging 25 points per game this year.

Inserts are part of this set but you don't get a ton in packs.  I like the legacy cards and I'd like for Cam Reddish to star figuring out his game for the Hawks.

The set size isn't that big so there are always plenty of stars in these packs.  The John Wall is a Draft Ticket Parallel. 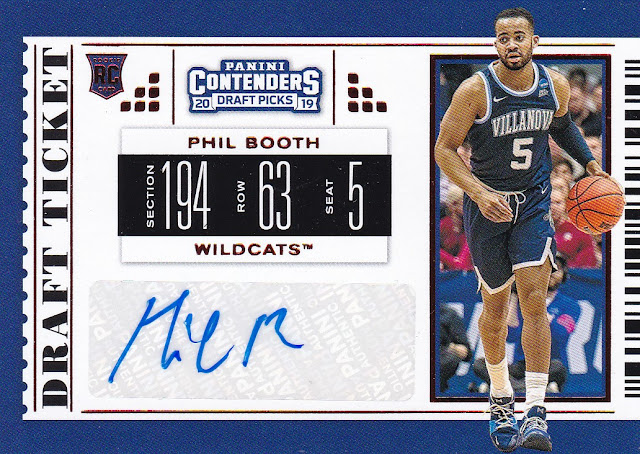 My auto which is a draft pick parallel (red).

Lots of star power on these legacy inserts and fun seeing some of these guys in their college unis. 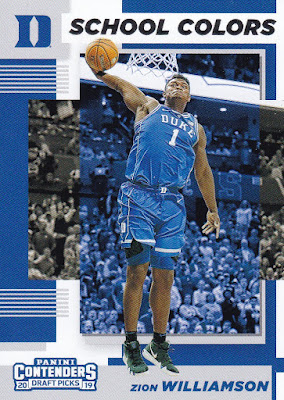 This is my second Zion School Colors card from the blasters.  Nice photo.  Fun blaster.  It didn't disappoint with many of the key players from the league.