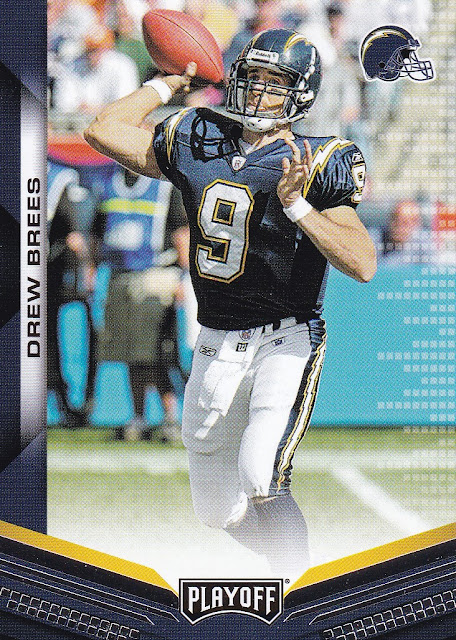 2019 Playoff Football:  This is a brand I like this year and this Drew Brees in a Chargers uni is already a candidate for favorite football card of the year.  I like the uni, though yellow pants would make it even better, and you never get to see Brees on new cardboard as a Charger.  I'm probably more excited about this than most will be but it really made this a fun pack.

Speaking of Brees I also pulled his base Saints card which made the pack that much better.  Plenty of star power aside from Brees as well.

Rookies were well represented and though the inserts are pretty nice there really weren't that many to be found.

Just a solid design this year.  Definitely one I can get behind and I'll definitely pick up more later.

Have I ever said how much I love retired greats?  Almost a third of the box was retired greats which was a huge plus to me.  That Favre is the second Playoff of his I've pulled this year.  The first showed him as a Viking.  I'm glad to see Joe Thomas get some love to.  Fun hanger box and set. 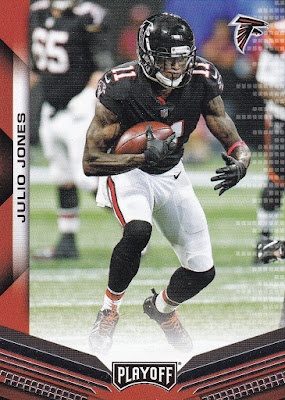