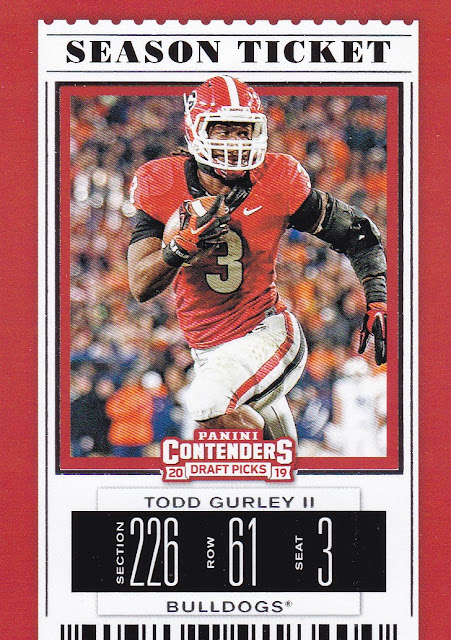 2019 Contenders Draft Picks Football:  This blaster showed up at a reduced price at Wal-Mart.  Seems pretty fast considering there is older product still sitting there.  These blasters come with two autos so I jumped on it.  The two players I pulled, Joe Jackson and Andrew Wingard, have actually seen time on the field which hasn't always been the case with autos I've pulled in the past in the various Contenders Draft Picks offerings.  You just have to go in knowing the odds of pulling the big autos is extremely low.  Love that Bulldogs uni on Todd Gurley and he is a PC guy for me so we'll start this one off right. 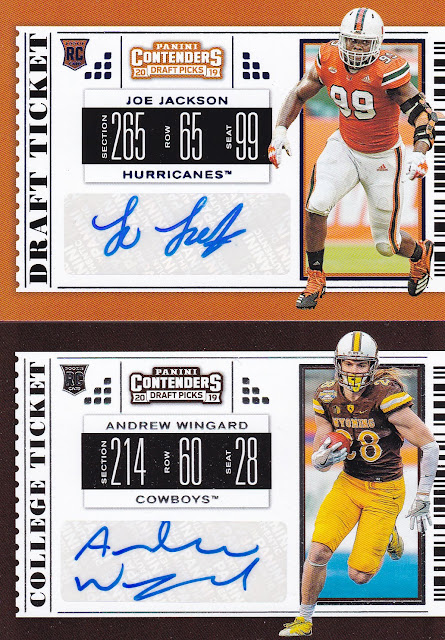 This Contenders design isn't my favorite but think if the player photo had somehow been a bit bigger It would have made a big difference.  The combo of current players, retired greats and rookies in their college unis make these pulls enjoyable.

You'll find a few inserts here as well as parallels.  I like the Legacy inserts.  The Game Day Ticket inserts of rookies has a nice design.  Deebo has to be feeling some nerves right now as he goes up against the Chief in the biggest game of the year and his career.

The small set size means plenty of star power in each pack.  It seemed like this box was light on actual college players who might be drafted this year compared to the first blaster of these I opened.

The hardest part is deciding on which players to showcase.  Tom Brady, alias man crush, is a no brainer but there were plenty of others in this pack that could have made the cut.  I might look for some singles from this set here on out but not sure I'll grab any more blasters.  This was a fun box and find. 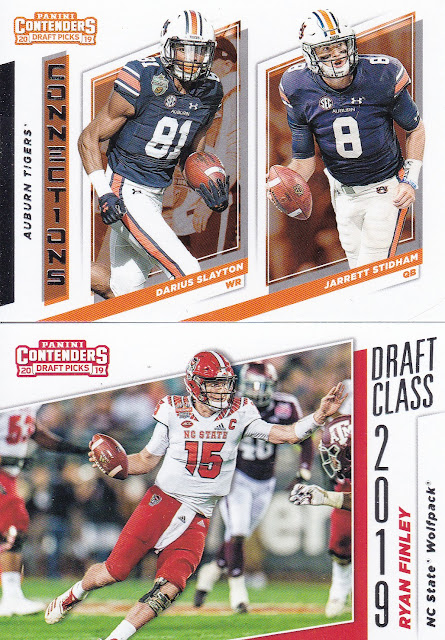