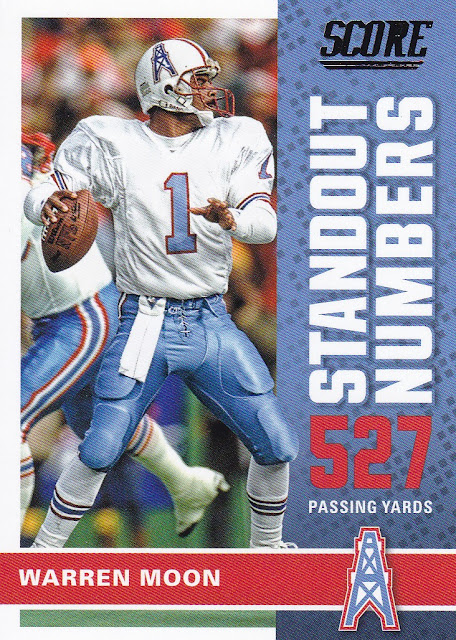 2017 Score Football:  The 2017 Score base card design really isn't one of Panini's best efforts but Score does do pretty well with inserts.  These packs are great as Patrick Mahomes rookie cards can be found.  None in this pack but there is a Deshaun Watson insert.  Also was this sweet Warren Moon card.  Love seeing him in those Oilers unis.  Nice card and that photo seems to really fill up the card top to bottom.

There are always plenty of rookies in these packs.  While these three weren't hard to figure out I have to look up quite a few just to see who drafted them.  Some of course never really amounted anything or even played in a game.  These three are all names we know though.

Mitch Trubisky will be in a struggle for his job this season but was once thought of as the quarterback ready to take the Bears to the next level.

A couple of parallels as well as Cam Newton who is looking for a new team after getting released by the Panthers.  Assuming he is healthy I think he'll be a really good pickup for someone.

Trent Williams probably on his way out of D.C.  Michael Thomas is maybe the premier receiver in the league right now.  And Sammy Watkins...Super Bowl Champion.

Reflections and Drive Team inserts give us a chance to see retired greats so I'm all for them.  Again inserts reign supreme in this brand.  A fun pack.  Will always look for more of these. 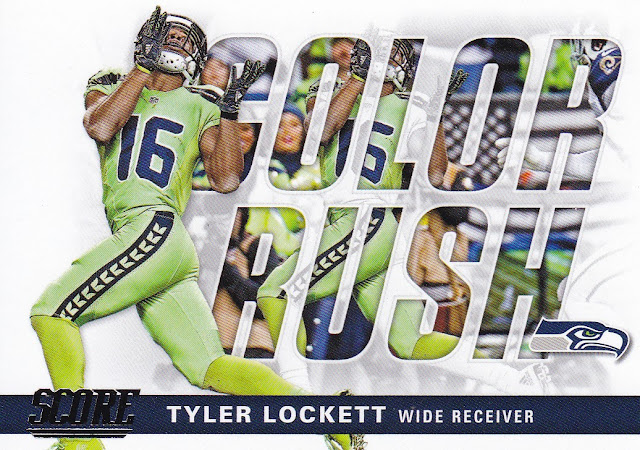