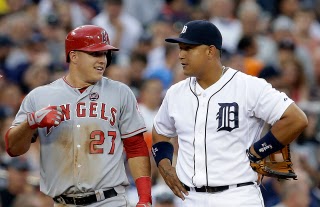 Miguel Cabrera and Mike Trout both signed big deals this week.  They are both in the upper echelon of players in baseball today but are at different points in their career and were paid much differently.  Cabrera got a 10 year $292 million dollar deal while Mike Trout signed a six-year $144.5 million dollar deal.  Cabrera is 30 years-old while Trout is a 22 year-old.

Cabrera is by almost any standard the best hitter in baseball and has been for some time.  This doesn't mean his contract hasn't made some shake their head.  He will be 40 when the contract ends and the contract is drawing comparisons to the deal Albert Pujols received from the Angels at age 31.  Puljols had an off year his first year with the Angels and was then only able to play 99 games last year due to injury while batting a career low .258.  No matter what the comparisons may be these are two different players.  While Pujols had been a relatively healthy player it was known he had some health issues specifically some feet problems when he left St. Louis.  Cabrera has also been healthy but doesn't seem to have any issues right now that makes me particularly worried about his health.  My thought is that this is a good deal.  He was two years away from free agency but locking him up now takes away all that drama.  In two years he might have commanded more than $30 million a year and maybe they lose him to another team.  Even as good as he is I doubt this deal looks good past year five - at best.  But there is no reason to believe he can't be productive even after that.  The rest of the money is just to ensure he is a Tiger for the remainder of his career.  Maybe his numbers dip with Prince Fielder no longer behind him in the lineup but he was a stud long before Fielder came along.  I like the move and hope it works out for both sides. 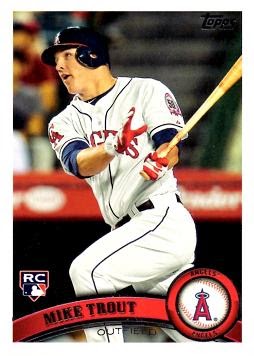 Mike Trout has been a great young player who has lived up to the hype.  The Angels are as much paying him for his future production as they are what he has done the last three years when he made the minimum each year.  This also sets both parties up for the future when his contract runs out.  Trout will be in his prime when the contract ends and assuming he is playing well will be ready for a huge payday.  He'll be 29 and will be able to get a long term monster deal that will set him up for life.  Again I'm assuming he continues to put up good numbers.  The Angels if they want, and can afford to pay him at that time have the franchise player locked up for what may be the rest of his career.  If they don't want to keep him at that time they can walk away.  Trout is truly one of the most dynamic players we've seen in a long time.  This deal seems very fair to both sides and ensure the Angels have one of the game's current studs locked up for at least six years.
Posted by Bulldog at 12:25 PM