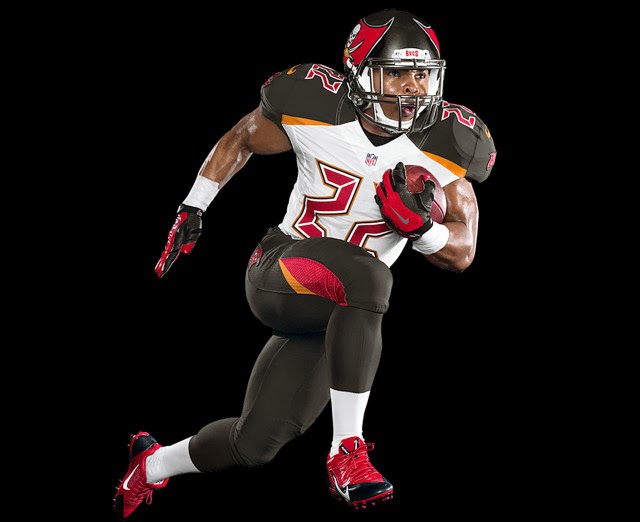 The Tampa Bay Buccaneers unveiled new jerseys this month.  I thought I'd put down a few thoughts on paper.  First you must know I was that kid to whom uniforms were important.  I'm sure a good part of the reason I came to be a Michigan Wolverines fan was the uniforms.  Yes, them being a national power in the 70's and being on TV quite a bit played into it but I was that kid especially when it came to football.  To this day I still love uniforms and like to stay on top of changes around the leagues.  Paul Lukas and his Uni Watch website is where I go to stay up to date on uniform news.  It is a great site so go there now - well after your read this post.  So now you know uniforms have some value to me. 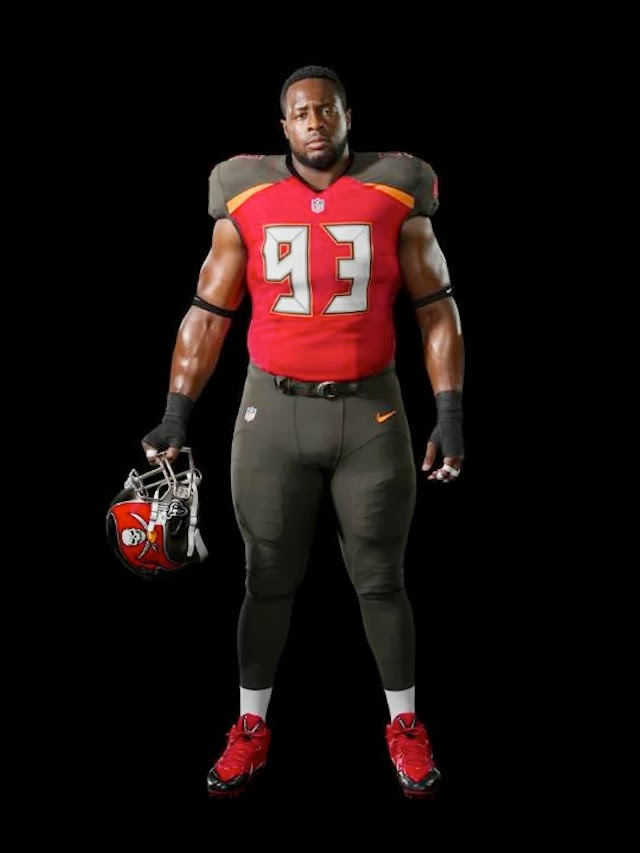 Now this being a Tampa Bay reveal also plays into me actually putting my thoughts on paper.  I followed the Bucs for years (70's-90's) as more than a casual fan.  Unfortunately I had to pair down the number of NFL teams of which I was a true fan and the Bucs missed the cut.  One of things I always loved about Tampa Bay was that uniform.  Yes, the dreaded creamsicle unis.  I love those uniforms.  I know the majority despises them but I love them.  And I'm not the only one.  Heck there is an urban dictionary reference for Creamsicle Nation.  I believe Chris Berman coined the "creamsicle" term and often talks about his love for those early Tampa teams.  Ok, yes this post is about the new uniforms.  Just had to get out my background as it pertains to Tampa Bay, uniforms and Creamsicle Nation so you know where I am comming from.

When I first saw the pics of the updated duds I immediately thought of the rash of college uniforms.

As someone that is almost 45 years-old I, like some others of my generation, have issues with some of the new uniforms out there.  Comparatively this one isn't too bad.  Not great but I've seen worse.  The new helmet design is ok.  Mostly just an oversized re-imagined version of the original team logo on the helmet.  The alternate logos aren't bad either.  Simple re-designs that work with what was already in place.

My biggest issue with the uniforms themselves is the font used for the numbers. I know I'm not the only one as I've read different reviews that also mention the numbers as being a big detractor.  Someone described them as alarm clock numbers.  No argument here.  Just hideous.  I get teams want to be different but ugh.  I don't do well with change sometimes and I'm wishing Tampa had not gone so far out there when they chose the font for the numbers.  The colors on the uniform are ok but sometimes it seems teams are trying to get too many colors and design elements into their uniforms.  They even have some creamsicle in there.  I'm just not sure it works for me.  The pewter seems too much like a faded black.  I'm being picky but what will really matter is seeing these guys on the field and time.  I didn't like the Atlanta Falcons jerseys when they made the change in 2003.  But I've grown to like them.  I actually thought Tampa had a good looking jersey in the red with the pewter helmet.  I think they could have just tweaked what they had and didn't need a complete redesign.

To sum up not a bad effort but I think I'll never like the uniforms if for no other reason because of those horrible looking numbers.  I can write everything else off as a fact of change but the numbers just look bad.  I wonder what folks were thinking when they approved those.  Were they trying to be as different as possible no matter the backlash?  A "any news including bad news is good news" type situation?  Not sure.  I really hope other teams looking at this will learn from the mistakes.  I understand uniforms will change whether I like it or not.  But I really think the designers here just made one bad choice which really takes away from an otherwise good effort.