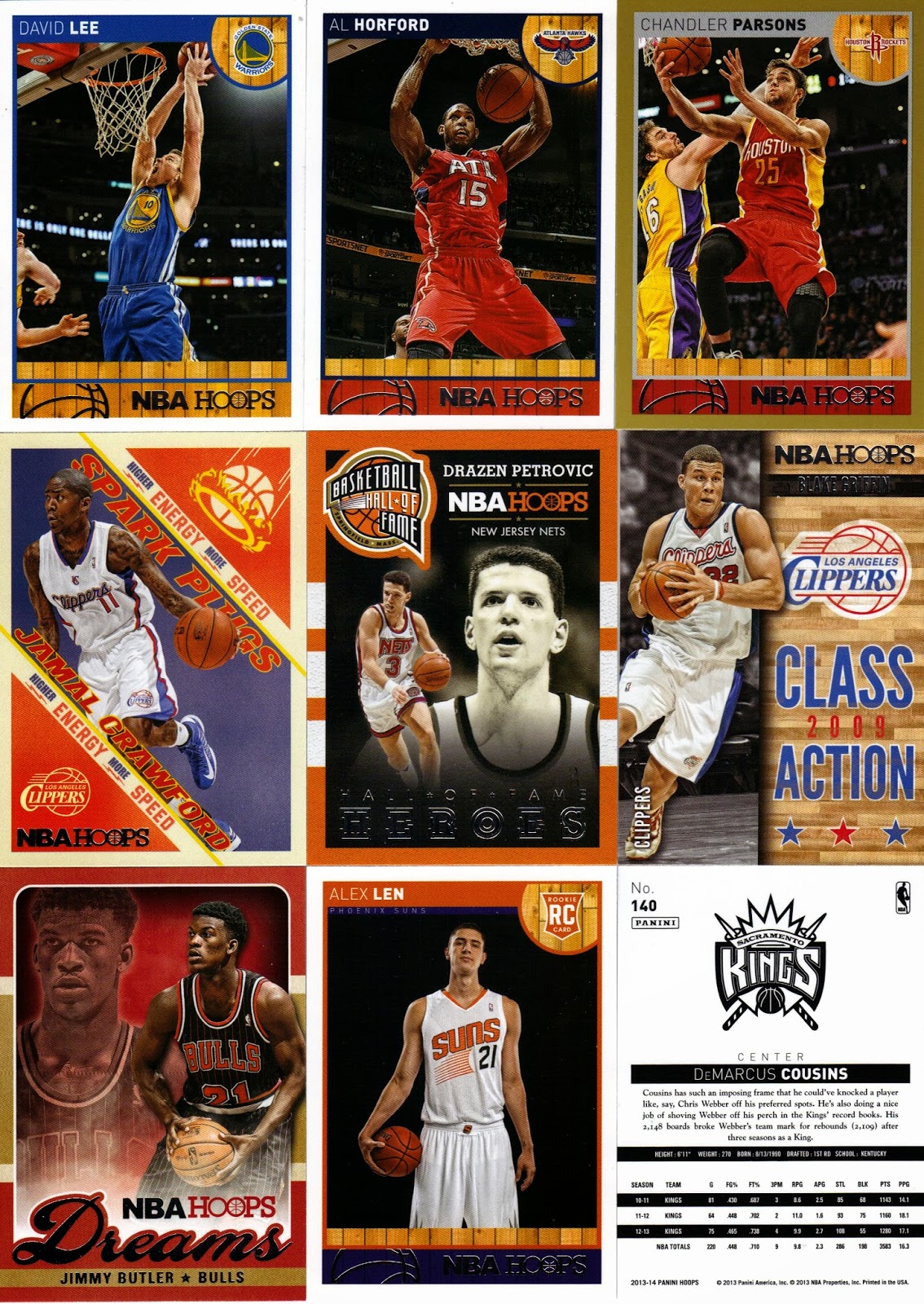 I've posted on these cards once before.  I was a little on the fence about this set due to the backs but the fact that I purchased them again says something.  The jumbo packs have more inserts and I wanted to take a look at what they had to offer.  This is how the pack broke down: 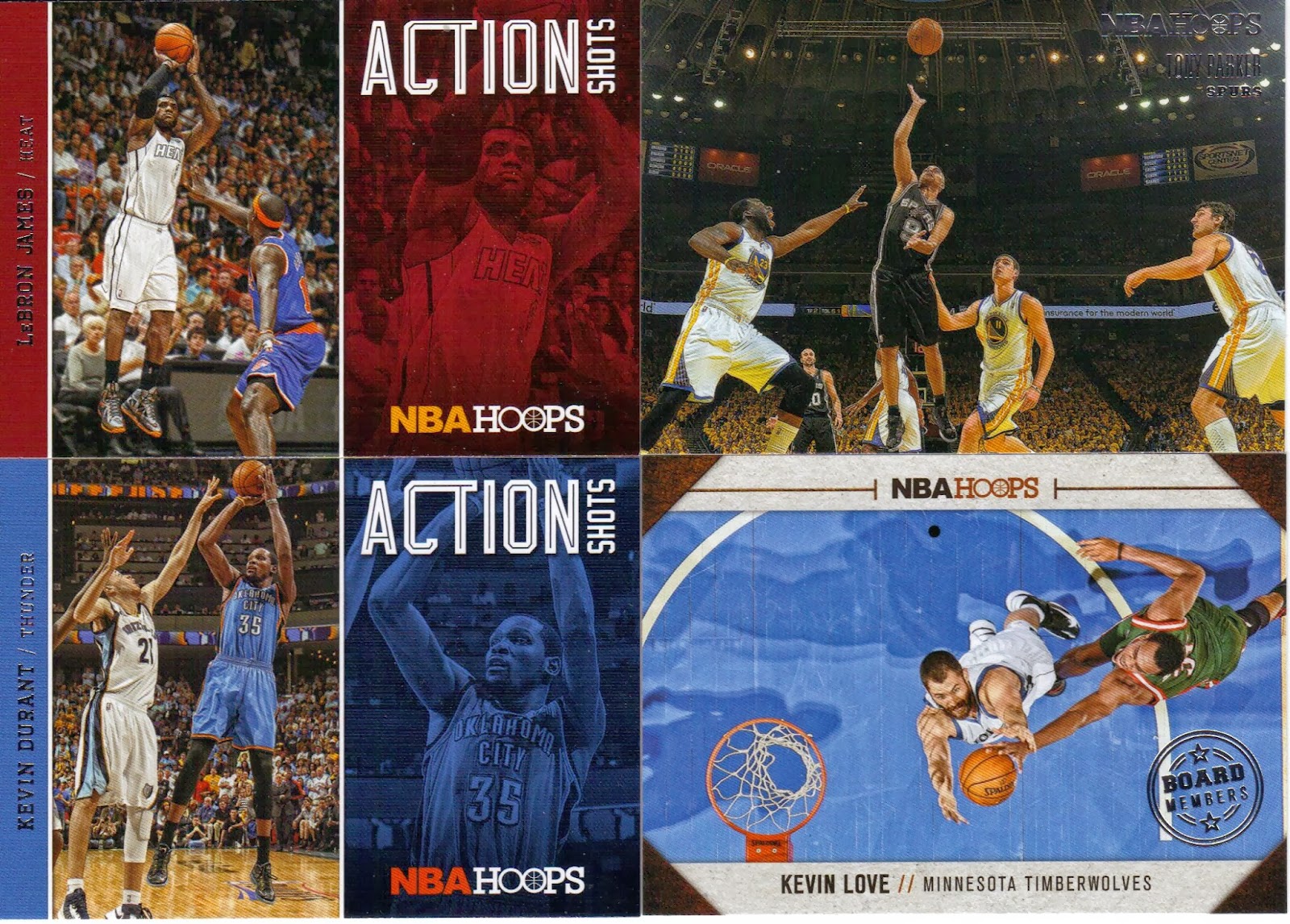 No complaints with any of the inserts.  After seeing Lebron and Durant actions shots inserts it was all good.  Those two cards ore nice.  I won't say they are my favorites but nice cards.  None of the inserts rub me the wrong way.  My favorites are the Spark Plugs cards.  Nothing special but different enough to get my attention.  The Hall of Fame cards are nice but I wouldn't have minded something a little more something.  That is vague I know but they just seem to be lacking something.

To be honest what catches my attention is the front of the basic cards.  Fairly simple, good photography and design that catches my eye.  It.  Sometimes the inserts try to put too much on fronts of the cards and it distracts from the player.  That may be more of a personal preference but that is my take on cards as a whole.  Again I recommend these to anyone who won't take too big of an issue with the back.  The price point ( I paid $12) isn't too bad though it looks like I could have found these a little bit cheaper online if I had put some effort into it.  Still it isn't enough to worry too much about.  Pick you up some of these if you like NBA cards.  I don't think you'll be disappointed.
Posted by Bulldog at 3:00 AM