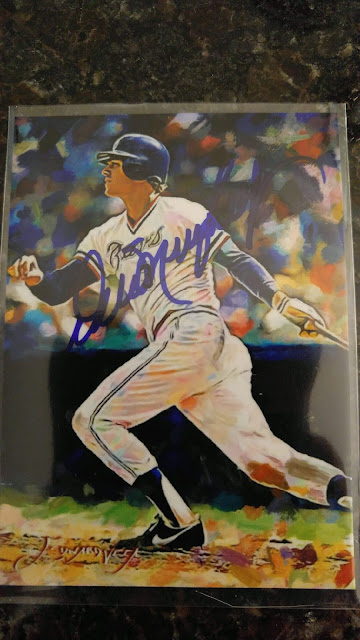 I had a great time at the one card show I attend every year this last Saturday.  I was so excited because I was able to get Dale Murphy's autograph on this Edward Vela sketch card.  I was first in line and was so excited I was a bit tongue tied but still managed to get out how much fun it was growing up watching him play and how big a fan I was.  For the record I was wearing a Dale Murphy t-shirt.  I haven't gotten an autograph in 30 years but there is no way I was going to miss out on this.

Murph was a huge part of the Braves teams of the eighties.  Murph was so dominant for a time and a two-time MVP.  The World Series starts tonight so it seemed a good post for today even if Murphy never was able to appear in one. 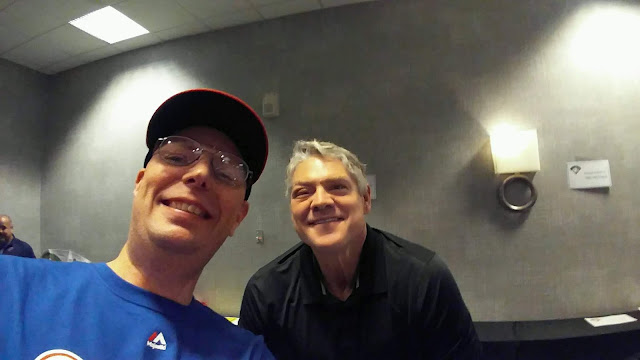 The card show is put on by After the Game, Inc.  The shows are of course St. Louis sports heavy to include signers but they do a good job of bringing folks from other teams in as well.  Over the next couple of weeks I'll start posting my finds from the show which included singles and a few boxes of cards.
Posted by Bulldog at 5:33 AM