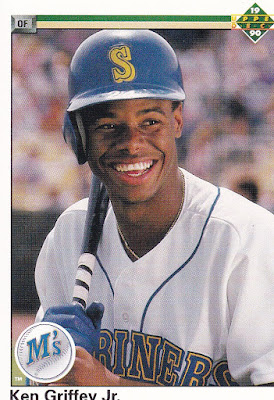 I picked up this box of 1990 Upper Deck baseball at the card show this month.  At $5 it is a no brainer.  Junk wax?  This set definitely won't make you any money but still this was part of those first sets from Upper Deck that blew us all away at the time.  This was Ken Griffey Jr.'s second Upper Deck card and he was the buzz of the card collecting community.  The box had a total of 540 cards so I more than got my money's worth.  It is fun opening all those packs and reliving the memories.  The photos on the back are always a nice bonus.  Sometimes you do have to wonder why a nice action photo on the back wasn't used in place of a head shot that was actually used there.  My scanner didn't always like the white borders but it didn't take away from how nice these cards look.

A staple of Upper Deck for a time was the team checklists which contained art of one of the team's stars.  I love these cards across all the Upper Deck brands.  I didn't pull a complete set of these but I was close.

Three of my favorite cards from my pull.  The Gary Carter is a simple photo but I really like this card. 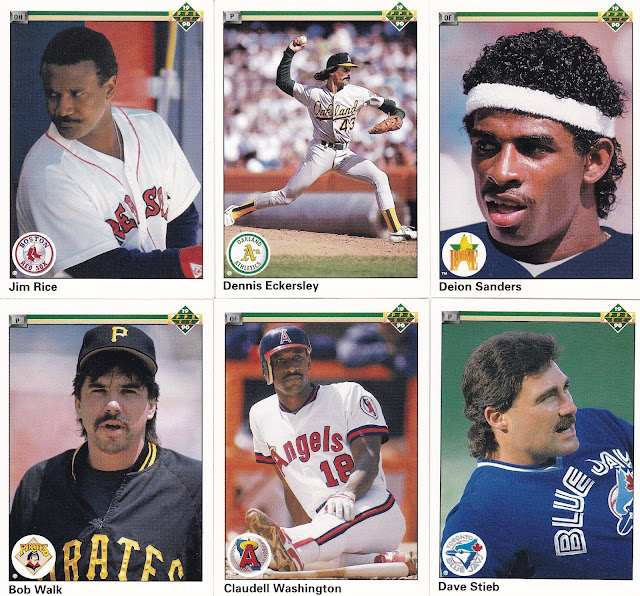 These are some of my all-time favorite players.  That doesn't always mean they are the best photos - I'm sure Bob Walk would like a do over on this one.  Look at that hair Dave Stieb is sporting.  Nice. The Dennis Eckersley card really stands out with a great action photo. 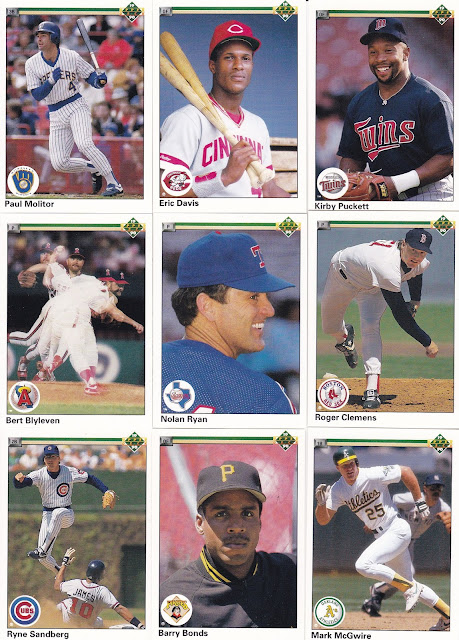 Some of the league's stars are represented here.  The Kirby photo is a great shot of him smiling.  I thought it was funny that the photo they chose of Mark McGwire was of him running not that it isn't a good photo.  Barry Bonds looks all not happy which is about what you'd expect. 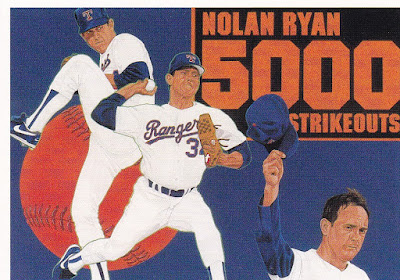