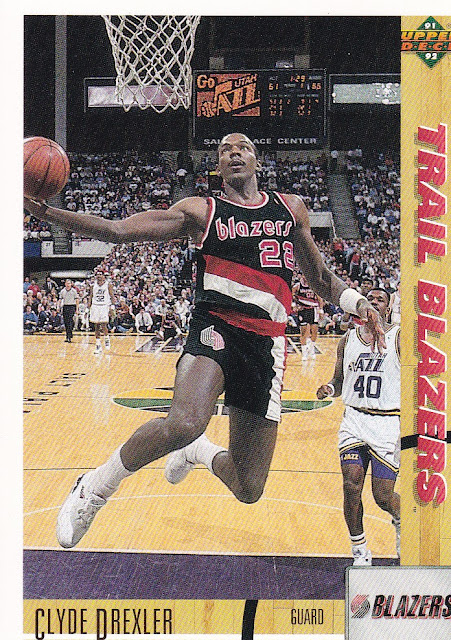 1991-1992 Upper Deck Basketball Locker:  I've seen these lockers at card shows in the past but I decided to grab one at last months card show in St. Louis.  There were six lockers in the series with mine being #6.  Each had a different photo of Michael Jordan on the side.  This is a great set with Upper Deck nailing it with their first basketball set.  This Drexler has a great photo of Drexler about to lay it in in after what I'd think was him stealing the ball.  Karl Malone is flat footed in the back ground on the other end of the court.

These team checklists are a big highlight of the set for me.  I love the art Upper Deck put on these cards across the different Upper Deck sets.  There were more than one per pack in my pull which seemed out of the norm but I'm OK with that.

A few of the stars I pulled.  Drexler makes another appearance in the Karl Malone card.

A few good rookies in this pack.  Would have liked to have seen Dee Brown doing a dunk.

A few of the NBA Draft cards.  The clothing styles takes me back! 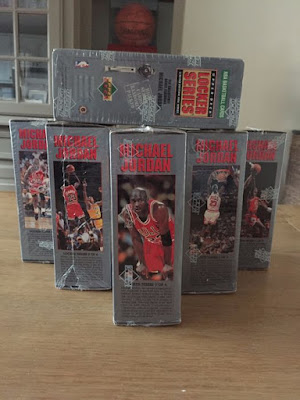 This is what the lockers look like (not my photo).  I busted an entire box in the past and would probably do it again if given the chance.  I really like this set. 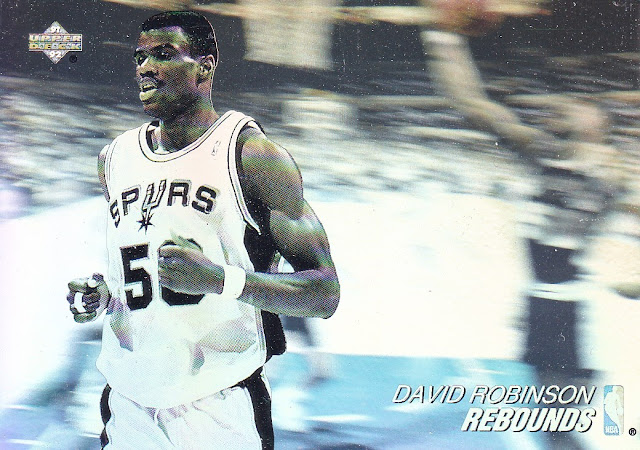 This is the only hologram I pulled but it is of a great player and PC guy.  I was really happy with how this card scanned.  This locker was fun and brought back a lot of fun memories. 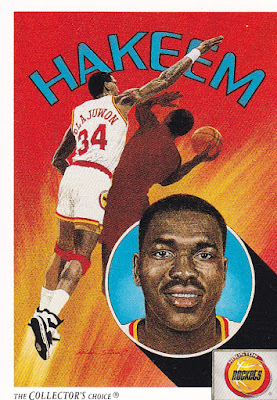