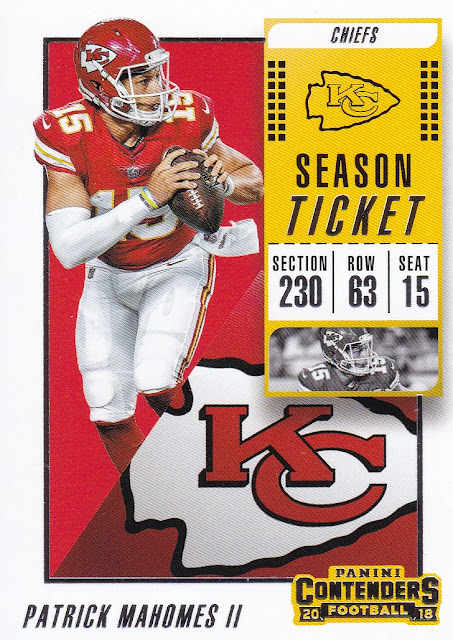 2018 Contenders Football:  The Blowoutbuzz Blog alerted me to these Fanatics.com exclusive blaster boxes.  As a fan of Contenders I jumped on one.  This blaster has 88 total cards but a relic or auto is not guaranteed like the standard blasters which have only 40 cards in them.  Autographs are still a possibility at one in five of these blasters.  So there is a trade off and you'll have to decide if this works for you.

With the small set size (100) these exclusive blasters can get you well on the way to a complete set.

That also means there are plenty of stars to be had in each pack.

The defense gets some love as well.

Plenty of great great hands in these three cards.

Plenty of inserts to be had.  That Sony Michel is a ruby parallel.

The Lamar Jackson is a ruby parallel as well and that Legendary Contenders is my first time pulling one of those inserts.  I like them and might chase the set. 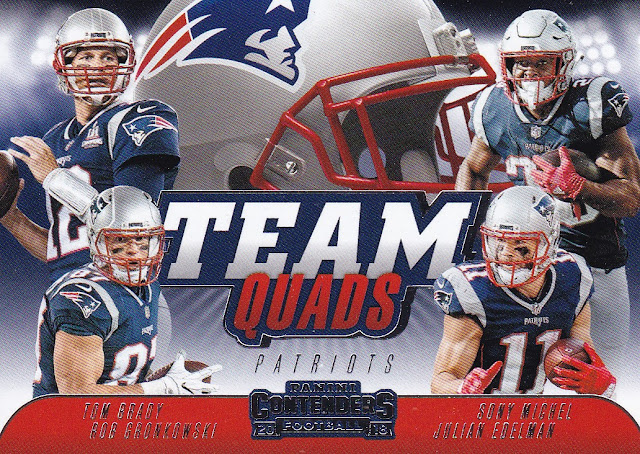 This was a fun box.  I thought my pull was good and with plenty of stars and some nice inserts.  Really glad I picked one of these up. 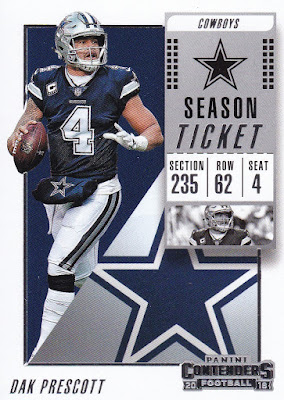