As a Star Wars guy I'm ashamed it took me this long to watch and finish Star Wars: The Clone Wars animated series.  I was hesitant at first maybe due to it being animated but once I started watching I was hooked.  The creators and writers did a great job fleshing out much of the Star Wars universe.  In doing so they gave us a glimpse behind some of the characters we know and love while also expanding the universe with new characters we can also enjoy. While primarily centered around Anakin Skywalker and Obi-Wan Kenobi it also brought us the great character of Ahsoka Tano, Anakin's padawan.  There are way too many new characters to list but Asajj Ventress was the other new character who really stood out to me.  The pirates, Nightsisters, Death Watch (Mandalorian) and other Jedi Knights and Masters were great as well.  It really showed how deep the Star Wars universe is and how many stories are out there. 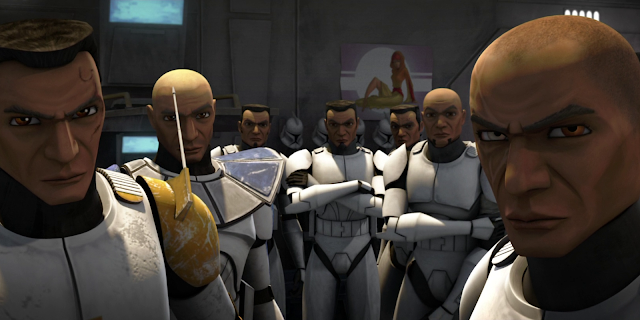 But maybe the stars of the show are really the Clone Troopers themselves.  As in some of the Legends books, these guys were each given personalities and are really humanized.  They really bring the show to life and are no longer faceless troopers.  Some will even make appearances in the Star Wars Rebels animated series. 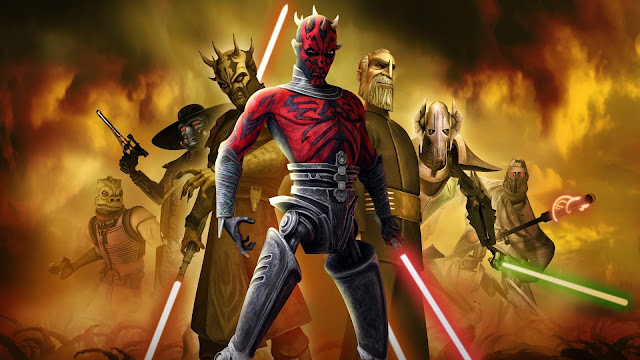 There are always things about any show that may make you take pause.  The crazy action, powers, how things always work out in the end (well most times),  and how the Jedi couldn't seem to see their hand in front of their own face could be a bit frustrating at times.  Near the end of the series you also see where the Jedi began to see things that may lead to larger issues in the Republic.  These could never be resolved of course since Revenge of the Sith would no longer make since.

While animated this is not a kid centric show.  They will enjoy it but adults may want to be there with the youngest crowd.  There are many on screen deaths here as well as all the "normal" violence that wars have.  There are also emotional parts as well and I think they did a great job balancing this for kids as well as adult fans. 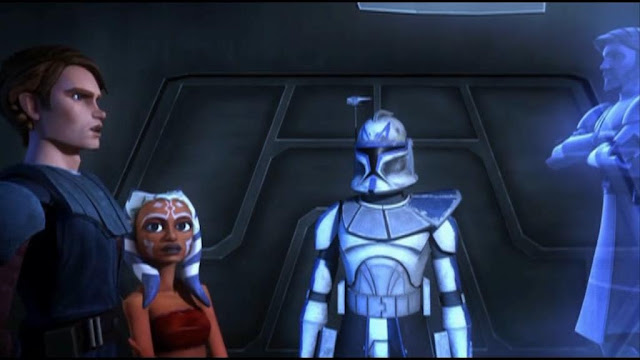 The different story lines are all over the place in a good way.  While the war itself is always center stage you could be in any corner of the galaxy at any given point and time dealing with any number of different events or circumstances.  Stories included singular missions by the Jedi, diplomatic missions, large wars, those centering on politics (Padme played a big part in many of these), the Jedi themselves to include Padawans, the Clones, different planets, and even the droids got an arc. 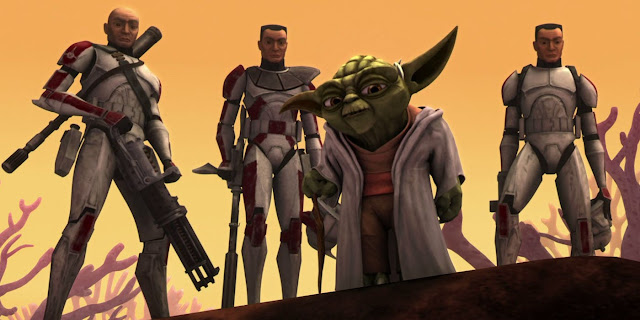 I can't do this series justice.  It is was great fun to watch and I really enjoyed the characters and story arcs.  It also showed how there are so many great stories within the Star Wars universe to be told.  I personally would love to see more on the many great Jedi Knights and Masters though there are plenty more from the other side of the good and evil spectrum who also deserve their stories be told.  And what about the clones?  I think they could also star on their own.  I'd also love to see another animated series that is set within the universe proper.  They did a great job here and it let's us enjoy characters we already like while giving us much more insight and depth into them.  Bottom line is I was late coming to this party but I really enjoyed it. 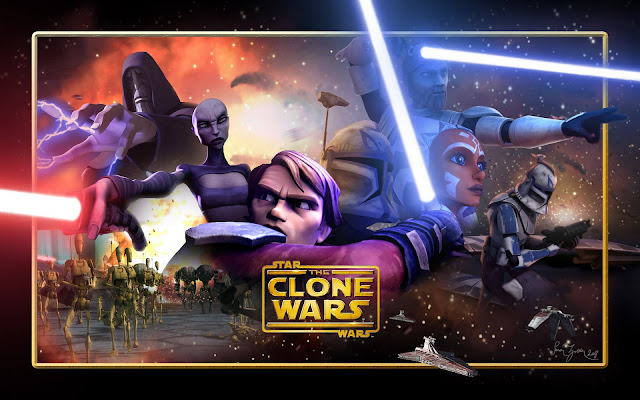