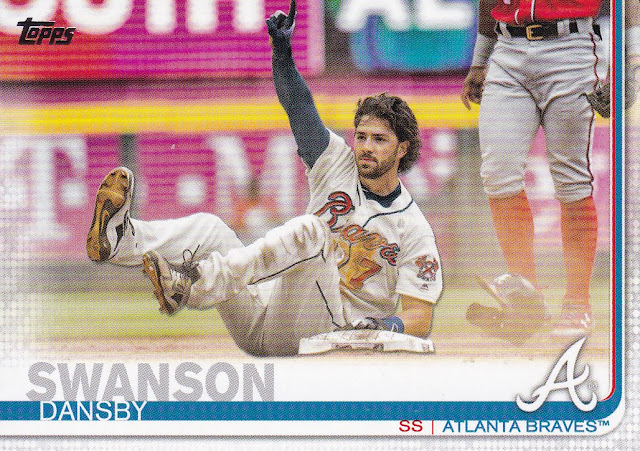 This 2019 Topps baseball hobby box is my first hobby box of the flagship baseball set since I jumped back into collecting in 2011.  This was a very fun box.  I pulled a Tony LaRussa Revolution of the Game autograph and a 1/1 artist sketch of Masahiro Tanaka by Brett Farr (both below).  The LaRussa card is earmarked for a buddy and I'm trying to sell the sketch card.   I'll break this into a couple of posts because I have so many scans.  This post will consist of a few basic cards and I'll show off most of the subsets and inserts I pulled.  I received a Silver Pack as well and will show those of in my next post.  Always nice when a card from one your team's players stands out to you as this Dansby Swanson does to me.

I really like the design here.  It harkens back to the '82 Topps baseball but updated in a way I like.  The photos are very good as always though it seems some of the sets of years past were a tad better.

I was getting a little bummed about my pull until I was down to four packs and I seemed to hit it big in those four packs as the stars kept on coming.  One pack had both the standard base Mike Trout and the SP variation Mike Trout in it.  Both of those were cards I really wanted to pull.  Now that's a great pack.  I also pulled a Trout Topps Now card from a separate pack.

As always Topps pays homage to the young players from the league with the Topps All-Star Rookie, Future Stars and RC cards.  I pulled Ronald Acuna Jr. in one of my first packs giving me one of the handful of cards I really wanted.  I like the Gurriel Jr. photo and Poncedeleon is a really cool name!

In this World Series Highlight card is World Series MVP Steve Pearce pointing to the Yankees and reminding them who didn't go to the World Series and win it all?  <big smile>  The photo of Pearce is a great example of when the photo goes over the border in a nice touch.

This Greatest Season Mark McGwire card was another favorite.  Here we get the skinny Mark McGwire.  That Vlad Guerrero is one of the 1984 card inserts.  Nice throwbacks to cards of my teen years.

The Yaz Iconic Card Reprint was another card I was looking forward to pulling.

The stadium cards from each team are nice cards.  This pairing of Ty Cobb and Bryce Harper is curious to me but I'll just roll with it. 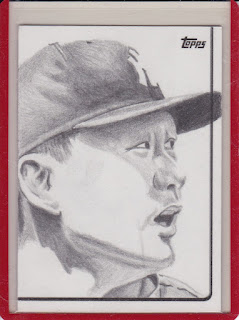 This is the 1/1 Tanaka sketch card.  I do like it but since I'm neither a Yankees nor Tanaka fan I'll try finding it a better home.  At the moment that effort involves eBay. 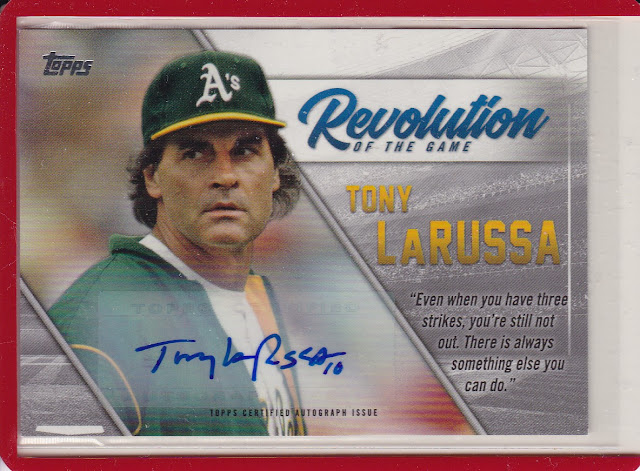