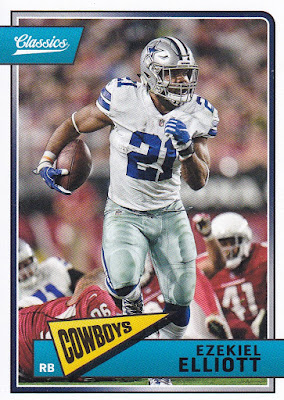 It's Super Bowl Sunday so why not some 2018 Classics Football?  This blaster had been sitting on the shelf of my local Wal-Mart for quite a while but I really like this set and knew I'd grab it given the chance.  I pulled a nice Amari Cooper Saturday Swatches (below) and 32 of my 64 cards were retired legends.  Retired legends on new cardboard is always fun.  I'm looking forward to the Super Bowl tonight.  It should be a good game and these cards are a nice primer.

More Peyton is always good.  Manning has won two Super Bowls with two different teams.  I like both of his inserts.

James and Marino each made one Super Bowl appearance but never won the ultimate prize while Emmitt and the Cowboys picked up three titles in his career there.

I'm very happy with my pull.  Plenty of current stars to enjoy along with the greats from years past.

Terrell Suggs was a part of the champion Baltimore Ravens who defeated the San Francisco 49ers in the power outage bowl. 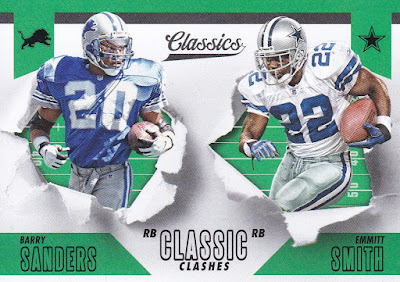 Great classic duo. Who didn't root for Barry Sanders to make it to the Super Bowl?  For that matter the playoffs...he only went once during his storied career. 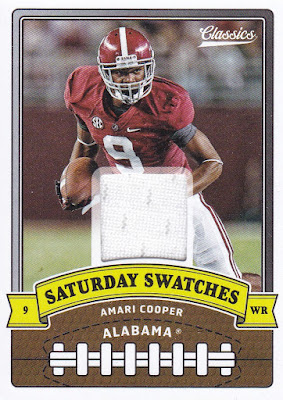