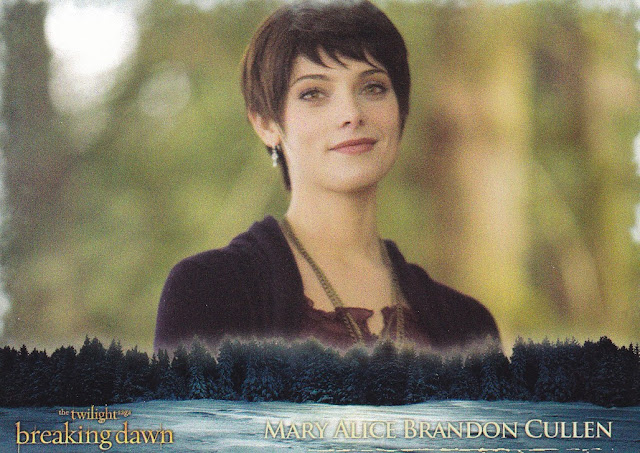 Most of you are probably shaking your head right now.  Twilight?   Yeah Twilight. My daughter was a huge fan back in the day so yep I've seen all the movies...and read all the books.  It was OK for what it was.  Nothing more nothing less.  I picked up this 2012 NECA The Twilight Saga Breaking Dawn Part 2 pack up as part of the buy I did from from eBay seller Bob Rewak.  Alice leads off this post.  She was a favorite character of mine from the series and this was definitely my favorite from the pack.

The set contains character, story and poster cards.  I'm OK with the cards overall.  This was the final Twilight movie and we got to see the big battled we'd been expecting.  It was a decent fight though how it played out in the end didn't appeal to everyone. 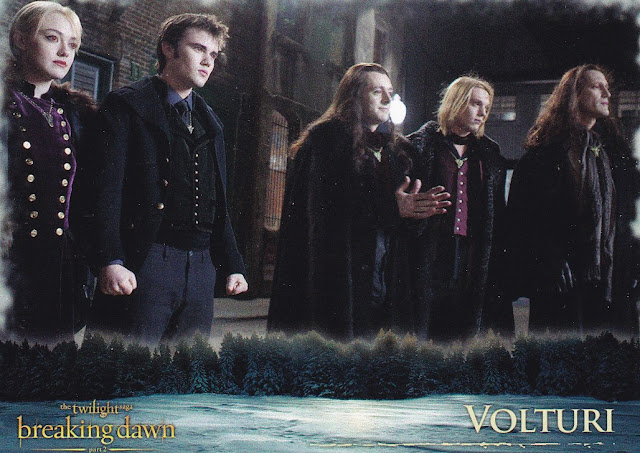 The Volturi were antagonists and I liked their characters.  Dakota Fanning's character Jane (far left) was another favorite of mine.  Overall Twilight was designed for tweens and was fine for that audience.  The books were an easy read and the sparkly vampires, werewolfs and love triangle appealed to it's target audience.