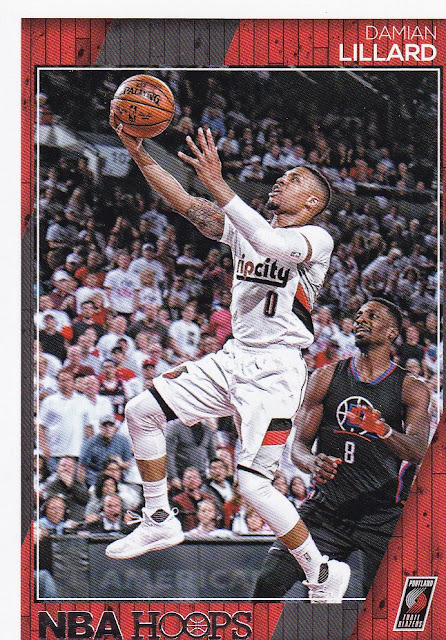 I was surprised to see I only had one 2016-2017 Hoops basketball card post and that was from the hobby box I purchased in 2017.  This is a design I'm liking today though in 2017 I think I was a bit more luke warm.  This Damian Lillard was the obvious choice to lead us off.  He had an outstanding year leading the Trail Blazers to the Western Conference Finals and for being the face of the franchise, and a great player,  received a max extension from Portland.

That Kyle Lowry is an Orange Explosion parallel #/75 while the Jaylen Brown is a blue parallel.  Some pretty nice cards and both of these rookies have become big parts of their respective teams including Pascal Siakam winning a championship this year with the Raptors.  He was huge averaging 17 points and 7 rebounds in the playoffs for Toronto.

More stars that help this pack really pop.  Embiid would play his first season for 76ers in 2016-2017 and Khris Middleton wasn't really on any of our radars back then.  And Klay Thompson was about to win his 2nd ring.

I like all three of these photos.  Vince Carter will finish out his career with the Atlanta Hawks this year and is surely headed to the hall after his retirement. 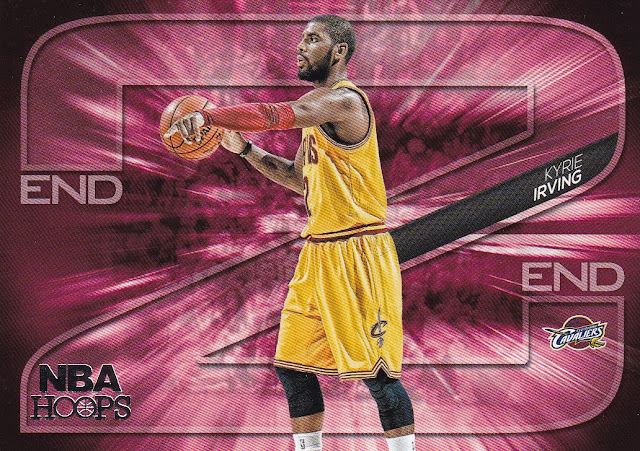