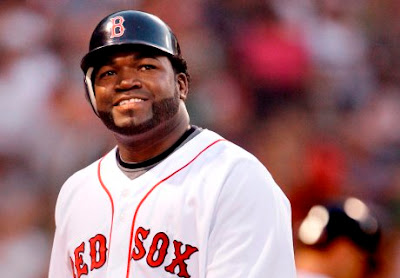 The Boston Red Sox of 2015 went 78-84 in what to many was a disappointing year.  While I agree I am just not as surprised.  I just didn't think the starting staff was that great.  I thought Rick Porchello and Clay Buchholz are both very good pitchers but not aces.  But there really wasn't anyone behind them.  Wade Miley, Joe Kelly, Eduardo Rodriquez and the rest of the staff were nothing more than what ifs.  With starting pitching an issue Boston addressed that with the signing of David Price.   Will that be enough?

The starting rotation could like this - David Price, Clay Buchholz, Rick Porcello, etc, etc.   This is   Price brings instant stability allowing the others to follow in what is probably their natural spots in the rotation.  For me the question marks are at 4 and 5 (better than last year when the questions started at 3).  I don't think anyone knows exactly what Joe Kelly will give you and Steven Wright also isn't a proven quantity.  Still most rotations look that way.  Price should give them "A" stuff and if Buchholz and Porcello pitch better Boston will be in a good position.  BOTTOM LINE:  Definitely an upgrade at the front end of the rotation but everyone else still has to do their part or it will be a disappointing season. 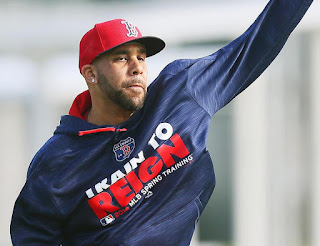 much better than last year's rotation that had Porcello and Buchholz at the top.

Boston's bullpen is much better with the addition of Craig Kimbrel, stud closer.   The bullpen was not good last year.  The Red Sox also picked up Carson Smith from Seattle who is a hard thrower.  That combined with Koji Uehara and Junichi Tazawa give the Red Sox plenty of options leading up to Kimbrel.  Lefties Robbie Ross and Tommy Layne will also be in the mix.

Blake Swihart kept the starting catching job after coming up from AAA in May last year when injuries hit the parent club.    He only logged 288 at bats but his .274 batting average and 5 homeruns are encouraging.  Hanley Ramirez moves to first base after a year in which it was evident he isn't an outfielder.  His .249/.291/.426 line also suggest he wasn't much of a hitter even if he was able to hit 19 dingers.  Star shortstop Xander Bogarts had no such issues.  He hit .320/.355/.421 with seven homeruns and 81 runs batted in.  At 22 years of age I am really hoping to see this guy in a Red Sox jersey for a very long time.  Second baseman Dustin Pedroia comes off an injury plagued year in   Otherwise his numbers were good starting with a .291 average and 12 homeruns.  At third base is Pablo Sandoval who had a bad year hitting after being signed to a big contract.  He hit .245/.292/.366.   That won't cut if for a third baseman on a big contract.  BOTTOM LINE:  If the infield has a year up to par with what they are getting paid then this will be a huge year.  I'll just hope for something in between that and last year.  Pedroia and Bogarts are stars who produce.  Sandoval and Ramirez need to prove they are too. 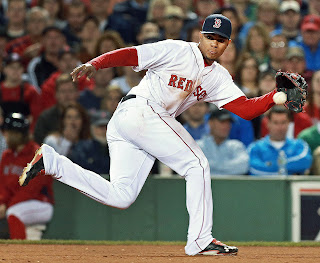 which he only played 93 games.

The outfield will consist of Mookie Betts, Rusney Castillo, and Jackie Bradley Jr.   Betts came on to finish strong posting a .291 average, 18 homers, 77 RBI's and 21 stolen bases.  He looks to be the real deal while the rest of the outfield is shaky at best.  Jackie Bradley Jr. has had all of one good month since his highly anticipated promotion to the majors and Rusney Castillo hasn't done much else other than battle injuries.    BOTTOM LINE:  Bradley Jr. needs to live up to some of his potential while Castillo must show he was worth his signing coming out of Cuba.

Big Papi will retire after this year as he turns 40 years of age.  David Ortiz will retire a Red Sox legend who has been there for three world championships and been a great ambassador for the Red Sox and the city of Boston.  He can't be thanked enough and it isn't just about his personality and leadership.  He will leave having hit over 445 homeruns for Boston while hitting .288 and slugging .566.  He will truly be missed.  Even at age 39 he hit 37 homeruns and drove in 108 last year.  Wow.  BOTTOM LINE:  Assuming his bat doesn't fall off the end of the earth Ortiz should be solid again at DH.

I think this team wins more than 78 games this year.  Most people will say they are a good team.  I think they are a good team but need many, many players to perform like they are expected to prior to anointing them anything better than a third place team.  For me it begins with the starters.  If they can pitch well as a whole the bullpen should be able to hold leads and I think the offense will be able to score enough runs for this team to win.  I'm going to say they win 86 games this year.  I am not sure that puts them into the playoffs but it is a step in the right direction. 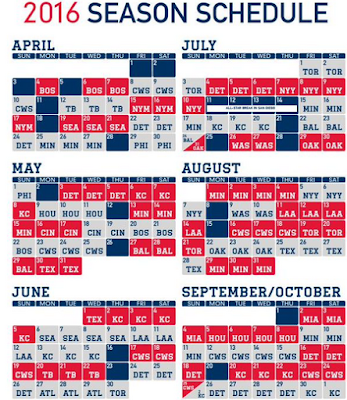