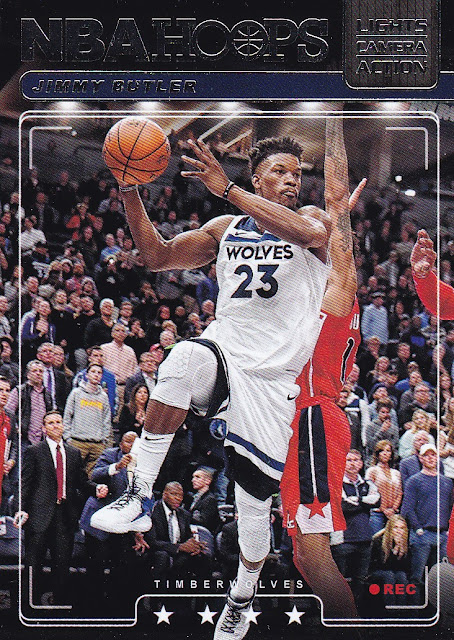 I was excited to see the 2018-2019 Hoops basketball cards but that is where the excitement ended.  Don't get me wrong.  I like the design and some of the inserts to include this Jimmy Butler card which I really like.  But that card is about the only highlight of this pack.  I like Butler and he is a PC guy so that is good but my pull was a real downer.  It is all in the eye of the beholder but again outside of Butler I just don't see any other star power.

Again I like the design.  Nothing too flashy though the player's position would be a nice addition.  The backs are the standard boring black and white which is standard for Hoops.

I did like the photos which seemed to have plenty of players going to the hoop.  No matter what I said I'm sure I'll grab more of these.  One pack doesn't a "season" make.