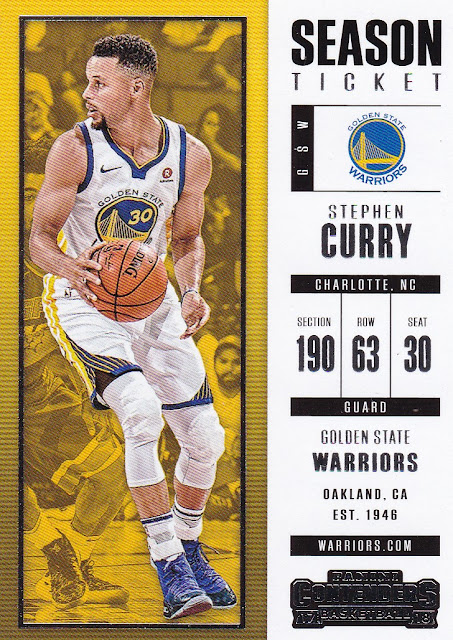 I'm a big fan of these 2017-2018 Panini Contenders basketball cards and didn't pass up a random pack when I found it.  I enjoy the design and star power this set delivers so I'll probably always gravitate towards them.  This year's set comes out just after Christmas and hopefully I'll be lucky enough to pick some up so thereafter. 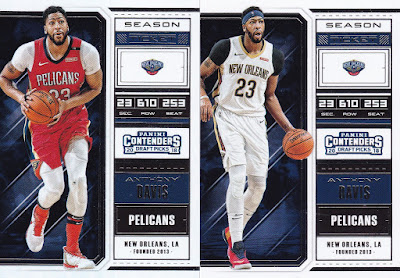 Anthony Davis is a stud and fun to watch so I was happy to grab not one but three of his cards.  This set has variations of some of the players on base cards which have a different photo on the front.  Fun finds in the pack.

A ton of star power here.  I was amazed pulling big name after big name.

Another A.D. card!  Some nice inserts in this set as well. 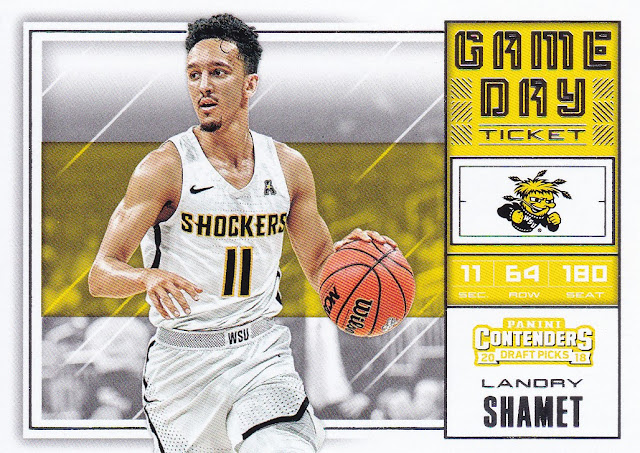 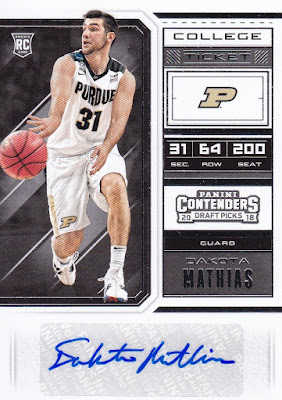 My auto was Dakota Mathias who did not catch on with an NBA team and signed to play with a Spanish team.