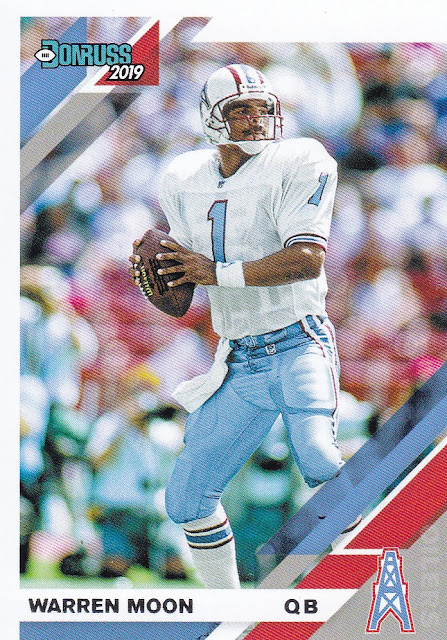 This 2019 Donruss football pack was a retail pack which had eight cards but was still plenty of fun.  I don't tend towards the small packs but I hadn't found the larger value packs yet.  I love retired greats and this had a couple to satisfy the itch.  I really liked this Warren Moon card so he leads us off though it was a tough pick between him and the All-Time Gridiron Kings Jerry Rice.

The design is one I like.  Reading the press releases when it was first showing up on the internet I thought it looked good and wasn't disappointed with the cards in hand.

I like the rookie cards with players in their college unis while still having the NFL team logo of the franchise that drafted them.  Nothing against Score but Score comes out so early you don't know who the players were drafted by and have to look them all up if you sort players by team. 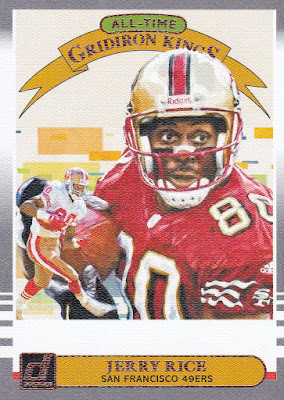 The All-Time Gridiron Kings is a nice design though the border color is boring.  Gray works sometimes, sometimes it doesn't.  This is a time it doesn't for me.  Still I'll probably look to complete the Gridiron Kings set. Good first pack and look forward to more Donruss football this year.