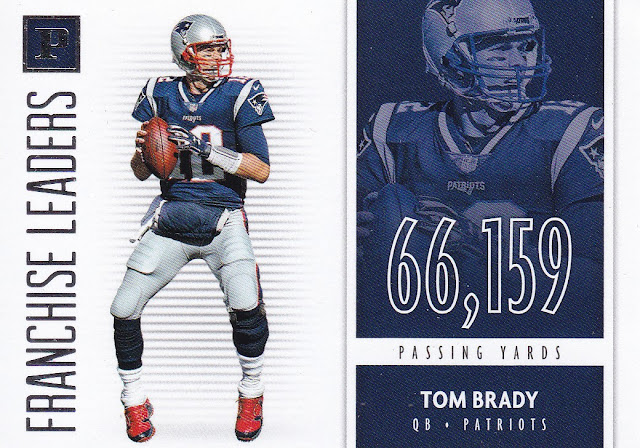 We'll start off the NFL season with a Fairfield repack.  This was a great box.  None of these are money makers but I really enjoyed the box as a whole.  There were 75 cards plus one 1989 Pro Set pack for a total of 89 cards.  This Tom Brady was showing on the outside of the box and is what tipped the scales for me as I debated picking this up from Walgreens.

The variety in this box was awesome. Outside the Pro Set pack I never had more than four cards from the same set.  These were some cards from some of the newest sets.

Shiny cards for those that lean that way.

Cards really did run the gamut across brands and years.

I few hall of famers were among the cards as well including Reggie White and, one player I believe will eventually make it, Isaac Bruce.

Even a few cards with college unis made it in the pack.  I couldn't not show off a Doug Flutie card. 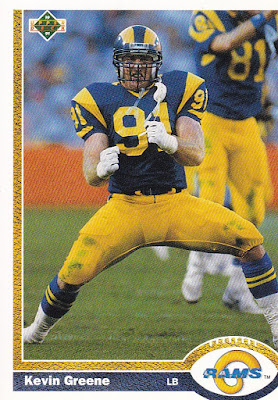 I think Kevin Greene is excited as I was going through the pack.  Really this was just fun.  There were plenty of stars, personal collection guys, and cool looking cards that made this a win for me.  At $5 I say this repack a worth the money.
Posted by Bulldog at 7:11 AM