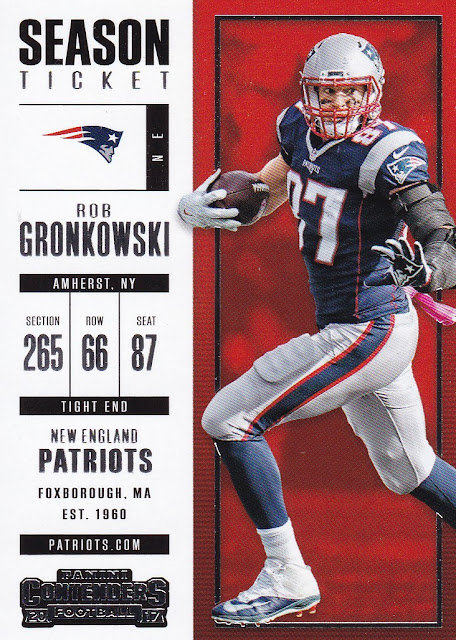 We have no more Gronk after his retirement so this 2017 Contenders football will help those going through withdrawals.  This pack was clearanced for $3.49 so I didn't hesitate to pick up a brand I really enjoy.

Plenty of star power in this pack with many of the top quarterbacks making an appearance.

That quad only has two players on it?  Nope - the other two are on the back which I show at the end of this post.  Different I'll give 'em that.  I really like the Mike Vick Legendary card though I'm sure some will not take kindly to him being included in modern sets.  I understand if folks don't.

A trio of great receivers. 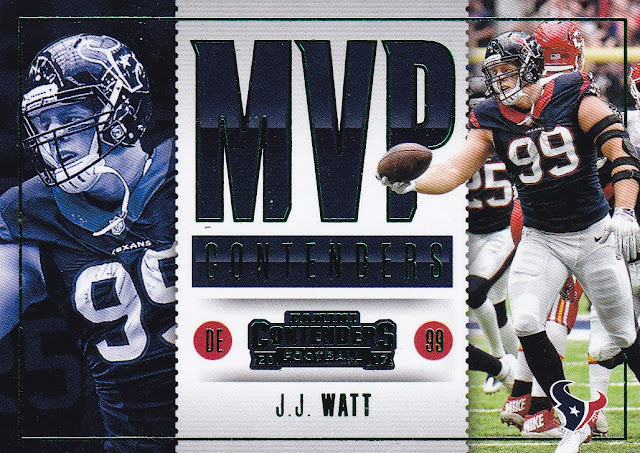 J.J. Watt is always a good pull.  It doesn't show in the scan but this is an emerald parallel.

This was a great pack.  Tons of star power and a couple of Gronk appearances make this a win.  I'll never hesitate to pick these cards up when given the chance. 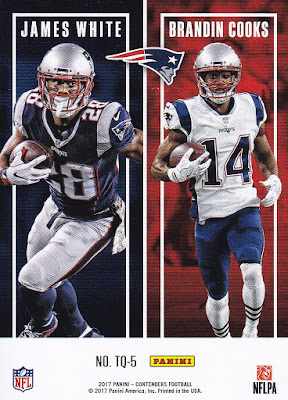 This is the back of the Patriots' quad card.  Kind of cool and different.