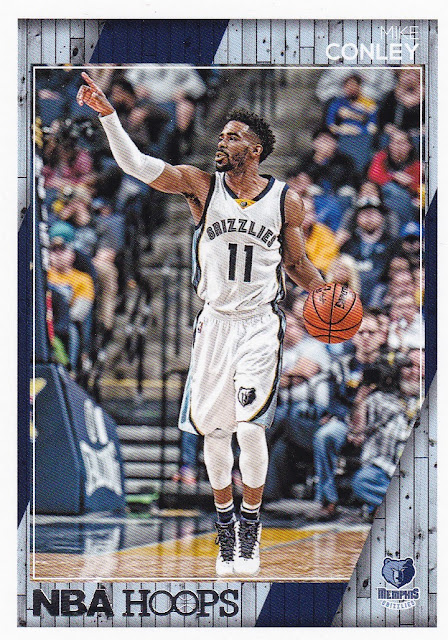 We'll kick off this clearance pack of 2016-2017 Hoops with Mike Conley who was traded this offseason to the Utah Jazz.  This was a great trade for Utah who get a very dynamic point guard to pair with Donovan Mitchell.  I can't say no to these clearance packs just because they are fun and with the normal price of packs at Wal-Mart going up to $5.49 the reduced prices have an even greater appeal.

These are the blue parallel and Orange Explosion parallel (#/75) paired with Jaylen Brown of the Celtics.  That's Paul Pierce in one of his last two seasons playing then for the Los Angeles Clippers.

Al Horford (76ers) and J.J. Redick (Pelicans) changed teams this offseason while Steven Adams will have Chris Paul as a teammate after Paul was traded by the Houston Rockets for Russell Westbrook of the Oklahoma City Thunder.  This was one crazy offseason with so many moves by so many stars of the league.

Myles Turner is a very good young center for the Pacers while Julius Randle left the Pelicans for the New York Knicks this offseason.  Gordon Hayward looks to bounce back after a down season after returning from a serious injury in 2017. 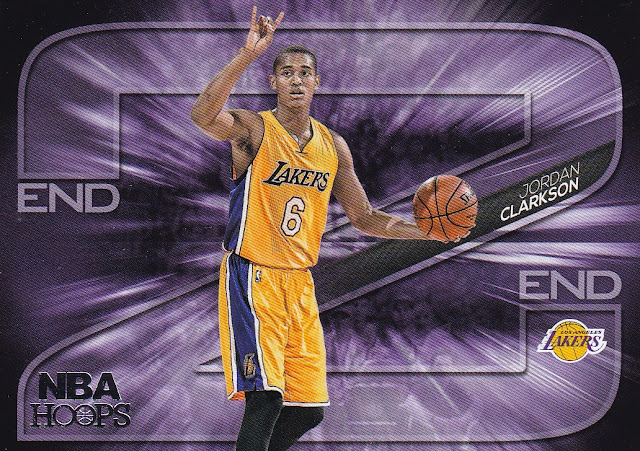 These End2End is nice.  This was a fun pack even if I didn't find some of the biggest stars in the game and will hunt for more of these as I get the chance. 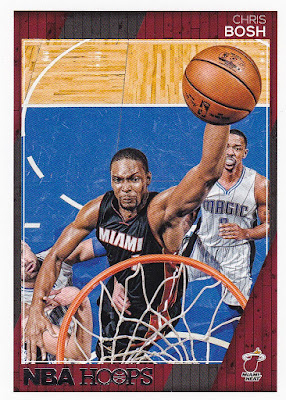