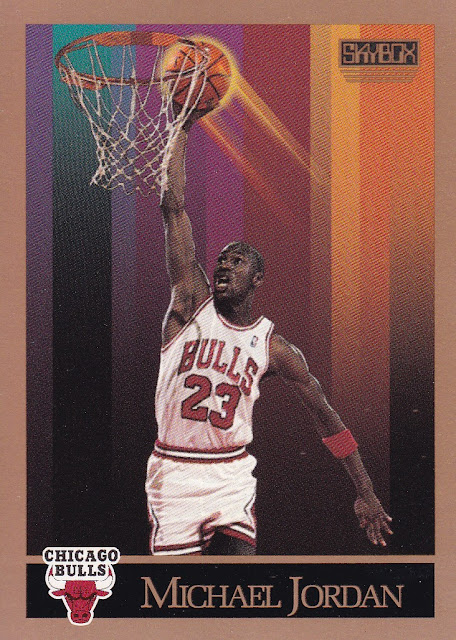 90-91 SkyBox Basketball Series II:  I was getting bored with what's left at the local store so I went on Amazon and purchased unopened packs of basketball and football cards.  Each was just under $10 and guaranteed at least 100 cards.  With the photos you knew you were getting junk wax which I am good with.  This Series II pack of SkyBox was a pleasant surprise.  With the documentary on the last season of the Bulls dynasty filling the sports void right now, which I'm thoroughly enjoying, it was with great fun that I pulled the GOAT. 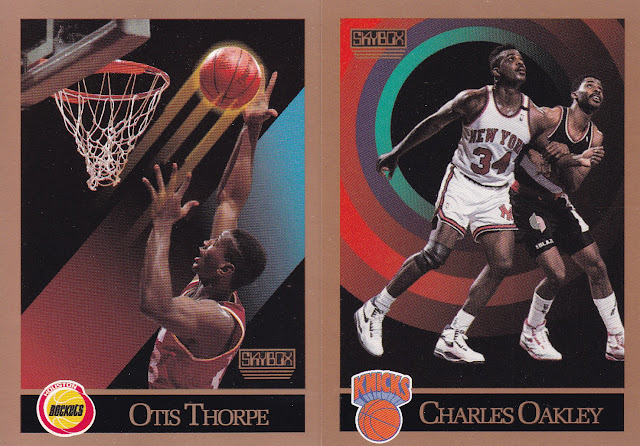 I've always liked the design on these for some reason.  It's got 80's written all over it but I'm all in.  I've busted a series II wax box before and I'm itching to do a series I break.  The birthday is coming up so who knows.  These guys were both workhorses under the basket in their time.  It was a shame neither got a ring as they were traded prior to their respective clubs getting a championship.

You get a mix of cards from both series in these packs but these NBA Draft, team checklists and coach cards are unique to Series II.  I really really like those team logo cards. I don't know what the heck I'd do with all of them but I'd figure it out.  Probably end up in a binder.

I'm very happy with this pack.  Like any packs from any year they can be hit or miss.  This one is definitely a hit.  It'll be fun showing off the other packs over the next month or so.  Sir Charles makes an appearance as well below to round out this pack. 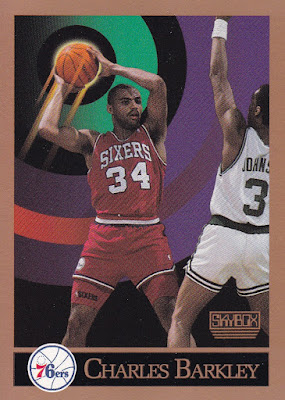