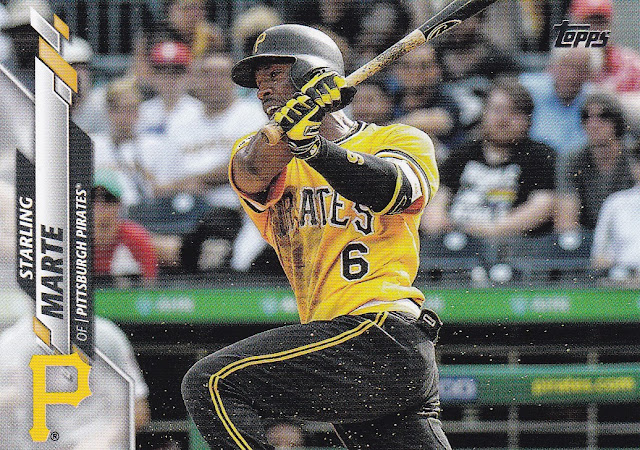 2020 Topps Baseball:  This is one of the smaller 16 card packs.  I really like this Marte for its action as well as that great uni.  They were playing game 5 of the '79 Pirates-Orioles game on TV the other night.  It was pretty awesome to watch some of the "We are Family" Pirates in action.  Pittsburgh was down 3 games to 1 going into that game and were down early but came back to win game 5 as well as games 6 and 7 to take the series in dramatic fashion.  Seeing old games replayed in their entirety has definitely been fun.  I can only remember so much of games 40+ years in the past.  And wow was the pace of the game much quicker.

Not the most start studded pack but it could have been worse. 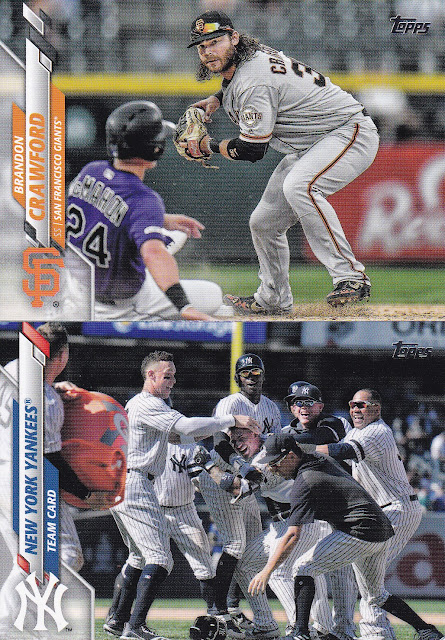 Some good photos on both of these cards.

Still not feeling the Turkey Reds.  The Topps Now cards seem like throwaways.  I enjoyed this pack overall even if the star power wasn't as strong as in some of the other packs I've busted.  I really like these '85 35th Anniversary inserts. 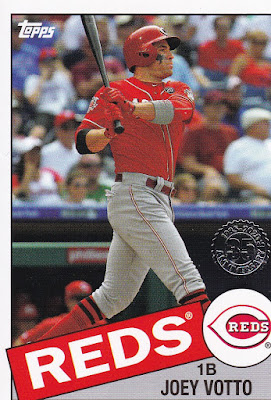