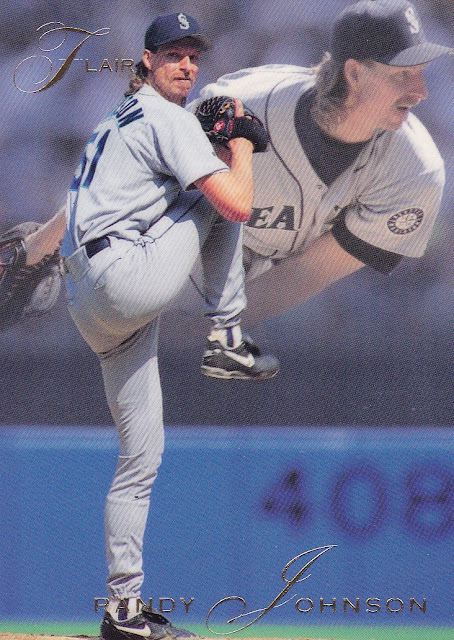 1993 Fleer Flair Baseball:  I just picked this up from Dave & Adams and couldn't be happier.  This set was one of the first premium sets out there and I was a big fan when it came out.  I just couldn't really afford it back in the day.  When I saw it on the site I didn't hesitate to put it in my cart.  These are on a very thick card stock and the double photos really work well.  We'll kick it off with Randy Johnson and a good photo catching the intensity on his face as he delivers a pitch.

Each pack was actually a small box that was then wrapped in plastic.  It really added to what put these above the rest back in the day.  I don't think I ever actually purchased a pack before.  I'm pretty sure I only got singles.

There were plenty of really good photos all around on these cards.  Sometimes you liked the one faded into the background better like that Dave Stewart shot. 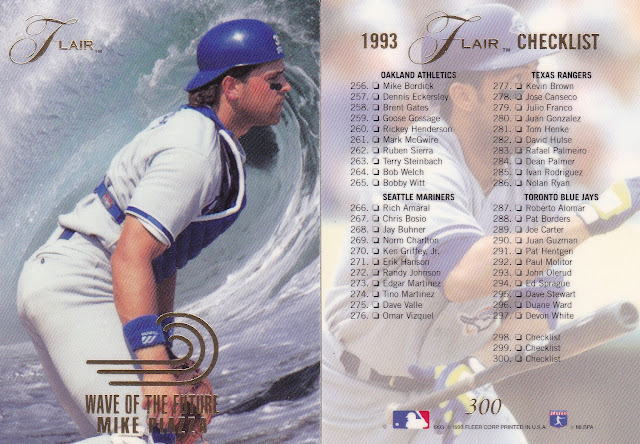 The only inserts were these Wave of the Future cards.  I was lucky enough to pull a Mike Piazza.  He had a base card as well.  They even made the checklists cool.  There are photos like this on both sides of the checklist cards. 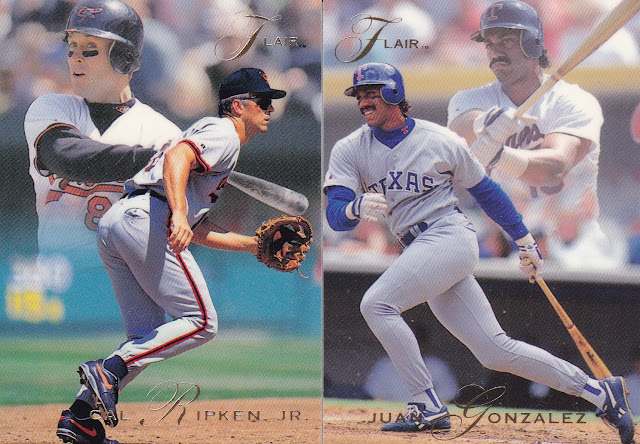 This is definitely a set where I could show off most of the cards I pulled.  I've kept it pretty high level here and stuck to mostly the stars.  This was so much fun and I'm very happy with my pull.  I was worried about the cards sticking since they are glossy but zero issues with that.

These guys all became key players for the Red Sox '04 Championship run.  The card backs had yet another photo on it.  These really are cool cards and this set will always have a soft spot in my collecting heart. 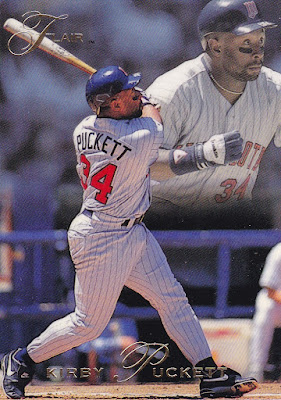