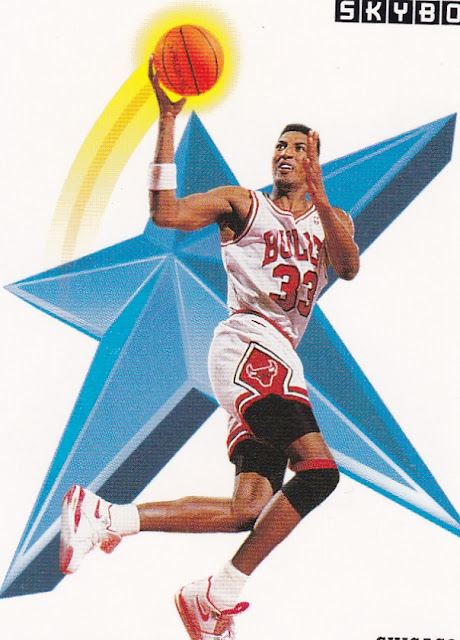 1991-1992 SkyBox Basketball:  I'd normally kick this one off with the Hakeem but with The Final Dance ending tonight I'll go with Scottie here.  I'm still really enjoying the show.  This SkyBox set is another that has 80's written all over it but I'm digging it as well.  Goes against the grain for me since I prefer the backgrounds with the photos.  This pack was part of my Amazon buy, same as the 90-91 SkyBox pack featuring Michael Jordan. 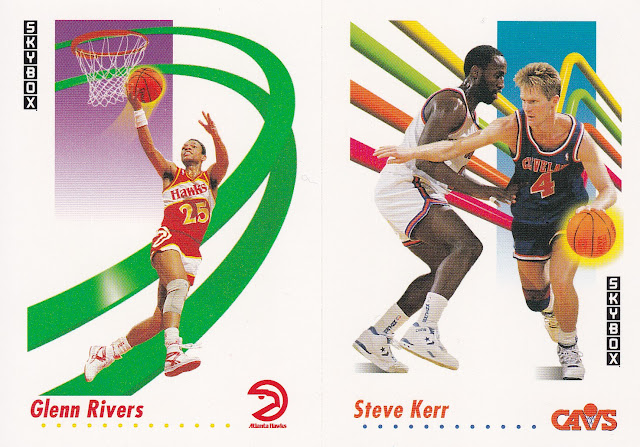 A couple of good players who ended up as really good coaches.  Steve Kerr also has been fairly prominent in The Last Dance. 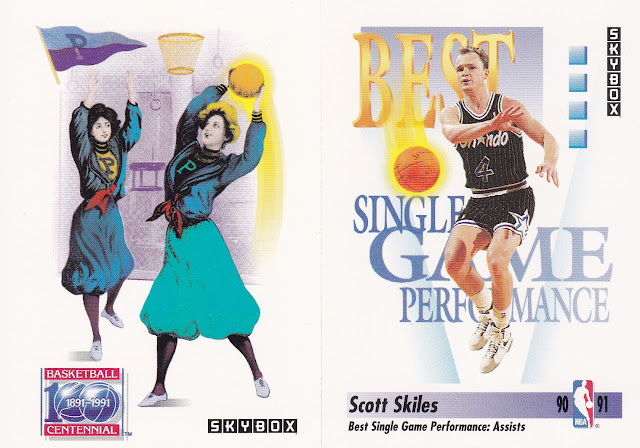 The Centennial cards give you some history/background on the sport.  Seems like they could have put how many assists Scott Skiles had to get this Single Game Performance card.  He had 30 assists in a 1990 game to set the record which he still holds. 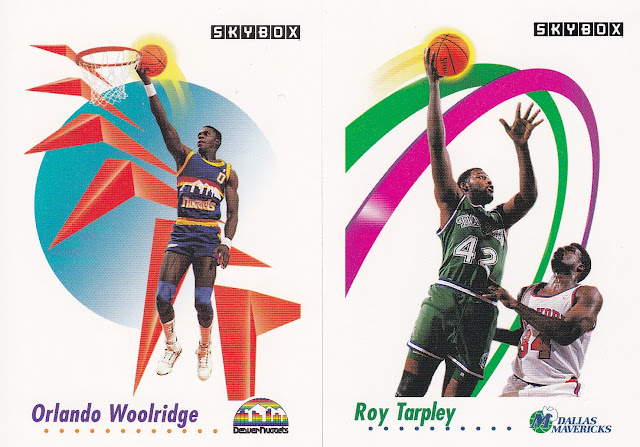 Orlando Woolridge was top scorer for the Bulls when Michael Jordan arrived and there wasn't room for both of them.  He signed as a free agent with the Nets after the 85-86 season.  He's a PC guy for me and someone I always liked.  Roy Tarpley was an excellent big man for the Mavs but drugs ended his career prematurely. 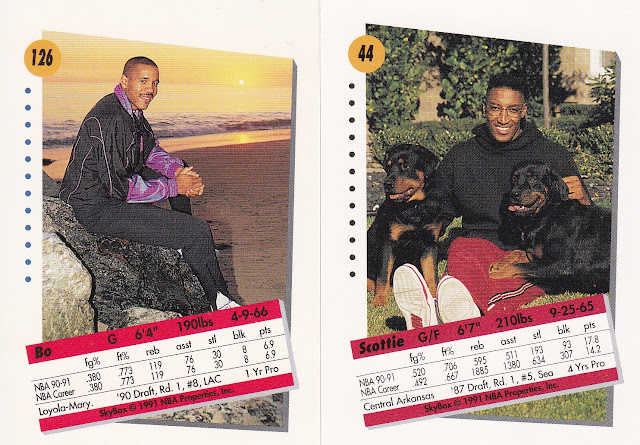 While the backs might contain basketball sport related photos they tried to go away from the norm and you see quite a few pics of players away from basketball which adds to the appeal.  This was a fun pack and Hakeem and Scottie made my pull a really good one.  Enjoy the show tonight. 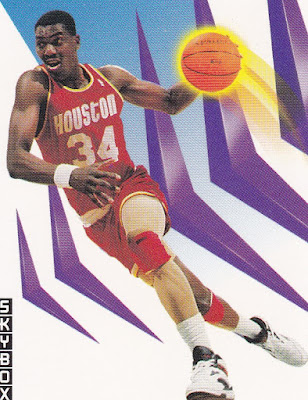