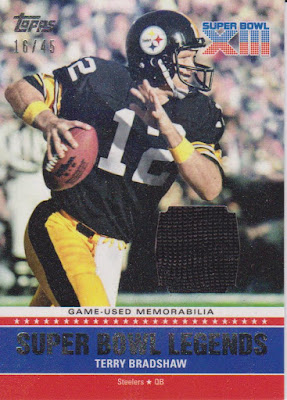 I'm a big fan of the 2011 Topps football, and baseball, cards so when I had a chance last year I picked up a hobby box of each.  Been a while but I still want to show off some highlights.  There were 36 packs with ten cards per pack giving me 360 cards to play with.  The highlight is the Terry Bradshaw Super Bowl Legends jersey card.  I mean who doesn't love Terry Bradshaw?  Pretty sweet pull I think.  My review of these back way back in 2011 was my first post after my initial introductory post for this blog.  Anyhow I just wanted to share some of my pulls from the box.  I had a blast opening up all of these packs and added plenty of cards to my personal collection.  As always cards should be about the fun and cracking this box was great.

I love Staubach so this was a huge win.  I'll have to see if I can track down the entire Super Bowl Legends set.  I really like those cards.

The base cards have a design I really dig for no good reason.  The circle surrounded team logo and name at the bottom are cool to me and leave plenty of room for the great photos.

Tom Terrific with All-Pro and MVP designations.  Even his crushing defeat over my Falcons in the Super Bowl can't take the luster off my man crush on him - well maybe a little. 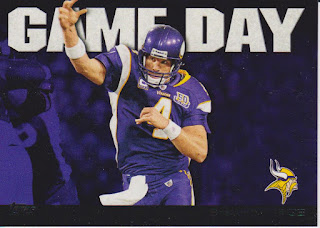 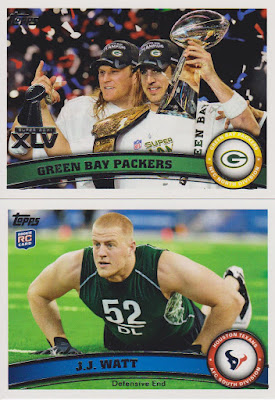 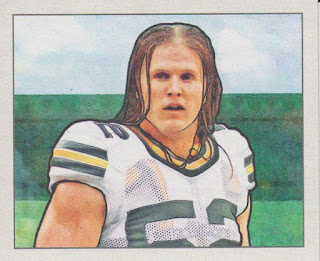