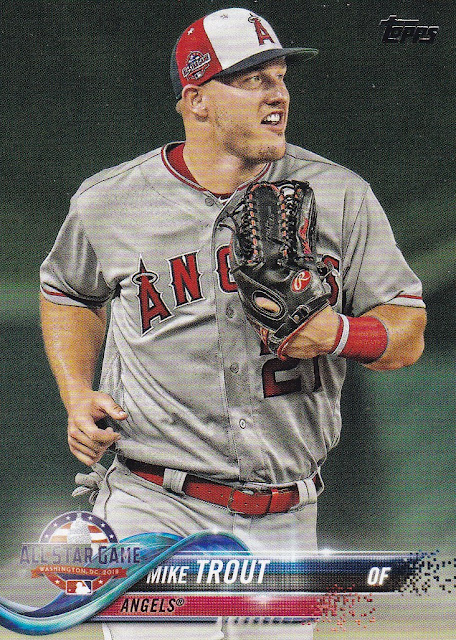 Happy baseball playoff day!  This 2018 Topps Update blaster didn't yield a Ronald Acuna Jr. card but it was still fun.  These boxes are going for $50+ on eBay so I wrestled with what to do with this blaster when I found it for $20.  Well as one who loves the chase it wasn't a hard decision to bust this one.  I didn't score the big one but a Mike Trout and some other cool cards definitely help.

I love me some All-Star Game cards and this one had plenty including Ozzie Albies who was really good last year had an even better year this year to help the Braves when the division for a second year in a row.

These are pretty cool cards.  While these showcase Hall of Famers there are current players including Buster Posey, who I also pulled, on these.

A couple of guys who debuted last year and have had great years for their respective teams this year.

Guys in their new unis are always big part of this set.

I'm a big Legends in the Making insert fan.  Gerrit Cole really seems to personify this set.  I think this is my first look at the Don't Blink inserts.

More youngsters with Shane Bieber having a really good year this year.

These are the Rookie Combos and Veteran Combos cards.

That A-Rod card is a Topps Salute insert.  I like seeing him in a Rangers uni though I know Rangers fans probably aren't fond of his time there. 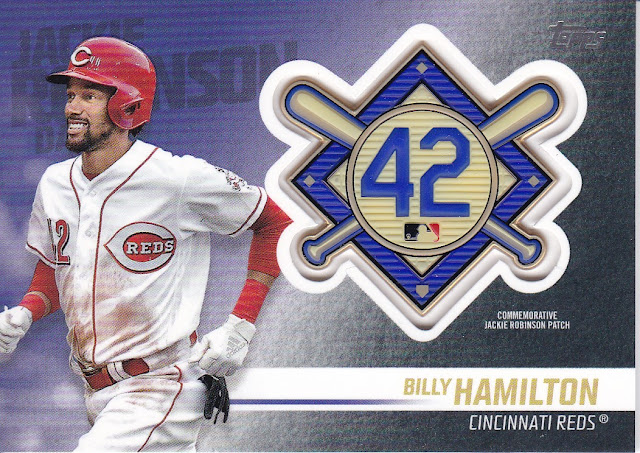 I'm a Billy Hamilton guy and I was happy to see him picked up by the Braves after his release by the Royals.  He has played well for them as they navigated some outfield injuries late in the year.  Fun box even if I didn't get the big fish and a fun way to kick off the playoffs.