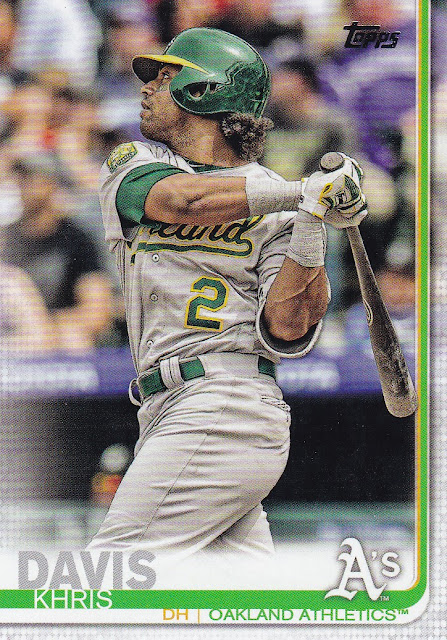 2019 Topps Baseball:  We have more American League Championship Series action tonight thanks to the rain out Wednesday so now is as good as any to look at some 2019 Topps baseball.  Khris Davis is an easy pick to lead this off with.  He is a PC guy for me and this is a good photo of him. It's also my first time pulling him this year though I do think I have his Opening Day card.  Davis struggled this year and had to deal with injuries but the true tragedy of his season is that he had a shot at hitting .247 for the fifth season in a row but was unable to do so.  You heard it right - he hit .247 in the four seasons prior to this year.

Some more Davis love in the form of his League Leaders card for leading the league with 48 homeruns. 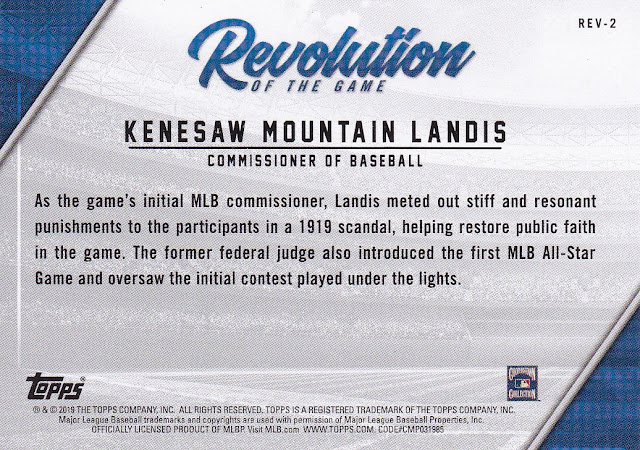 The back of the Kenesaw Mountain Landis Revolution of the Game card.  Dude not only had a great name but also oversaw some major times in MLB history. 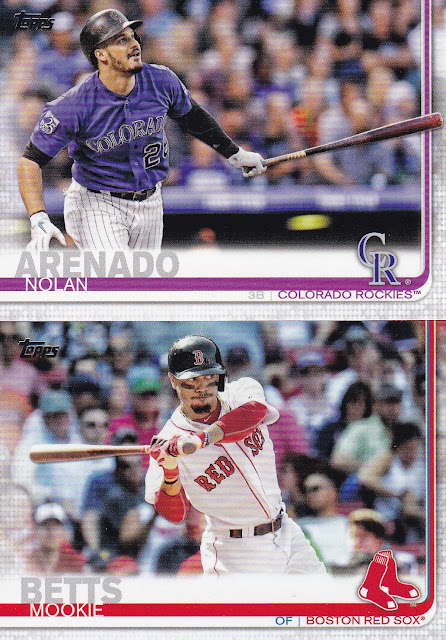 A couple greats in Arenado and Betts go horizontal on these cards.  I needed both of these as well.

I liked this year's design and the Topps baseball flagship is always fun to pick up. 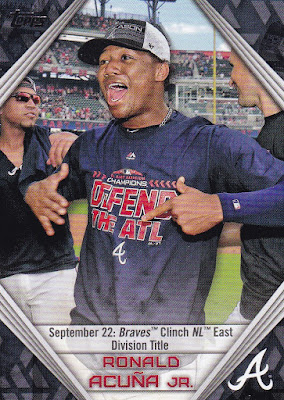 Ronald Acuna Jr. and the Braves fell short against the Cardinals but we know this team is young and talented and with some real pitching it could be even better in years to come.