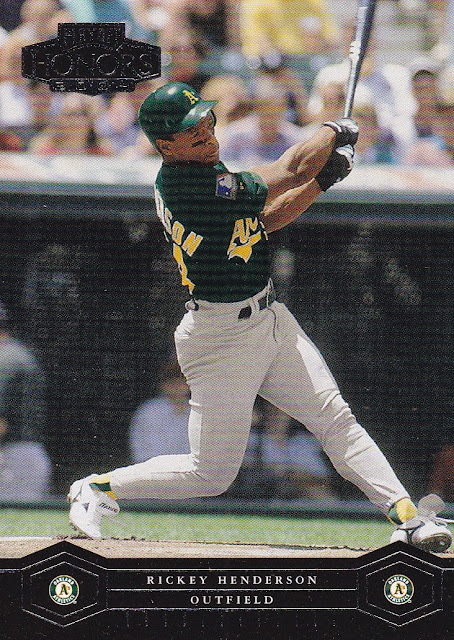 2004 Playoff Honors Baseball:  This 10 pack lot was part of my Steel City Collectibles Black Friday purchase.  My order arrived Sunday and I'll so a post on all the different cards throughout December.  While I had looked these up online prior to Black Friday you don't really get a feel for them until they are in hand.  The design is OK but I doubt you can tell how really really small the font and those logos are.  I'm not sure who thought that was a good idea.  I did pull a Roger Clemens relic which was great...him in a Yankee uniform not so great.  It is at the bottom of this post.

It is fun opening packs of brands I've never seen before and these were no exception.  Seeing these past stars again is fun.

Retired greats are included in this set which is pretty cool.  I don't really remember seeing retired players in sets from the 2000's.  Not that I was that active back then.

Wait is that Manny hustling?  Maybe he just tripped.  Nice photo on the Jorge Posada card.

Not many inserts but the ones I did pull were numbered cards.  The Class Reunion (Draft Class of 1995) is numbered to 1995 and the Awards (AL MVP 1990) is numbered to...yep 1990.  I dig it.  The backs of the base card d0 have small photos that differ from the front which is nice.  The font size is still an issue though.

Overall this was a fun trip down memory lane.  The design is OK but really the font is a huge turnoff because it is so hard to read.  Still I'm happy I picked these up.

Roberto Alomar in a Diamondbacks uni is not something you see very often...of course neither is Miguel Cabrera in the Outfield. 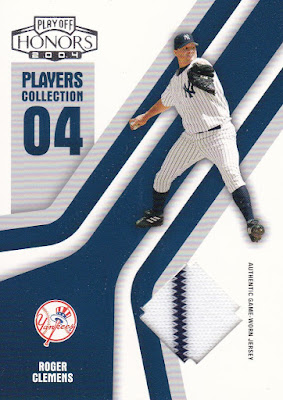