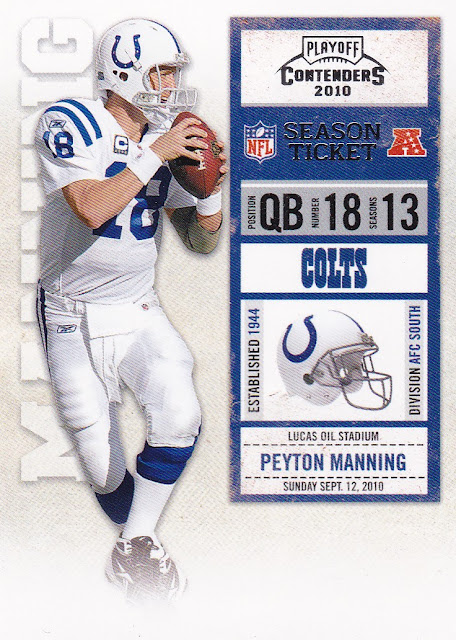 2010 Playoff Contenders Football:  This was another part of my Black Friday purchase from Steel City Collectibles.  Fun grabbing older products like this one.  I like the design that includes a full helmet which I really like.  Maybe a bit too much white but overall I enjoy the look of these cards.

Fun pack as you get to go down memory lane and see stars from the past..or present in the case of Drew Brees.  I'm a fan of the Contenders brand and this set is one that works for me.

The backs are pretty cool with a full ticket with another helmet and plenty of color.  The Sean Lee is a Playoff Ticket parallel.

Definitely not a bad pull back in 2010.  Three star quarterbacks who would go on to win a total of four Super Bowls.

Not a ton of inserts with this blaster but I like that retired greats were a part of those I pulled.  The scans don't do these justice.  Each blaster comes with one autograph and NaVorro Bowman was mine.  He was a really good player as a three time Pro-Bowler and a four time All-Pro.  He only played until the age of 29 with a torn Achilles in 2016 probably helping shorten his career. 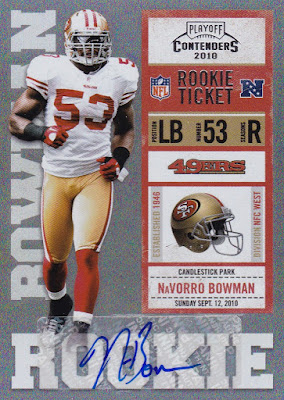