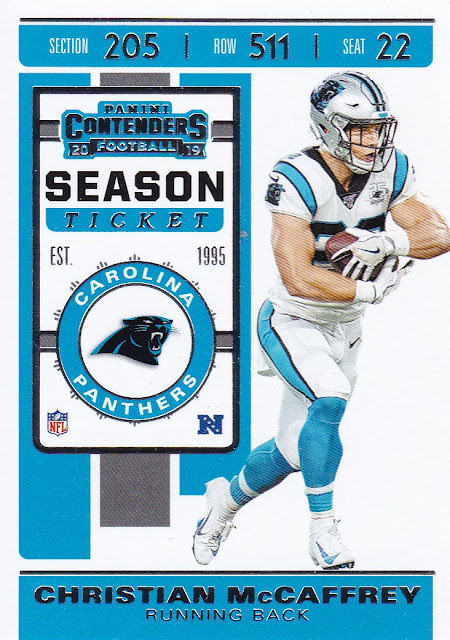 2019 Contenders Football:  I always look forward to these cards.  I know some get bored with the similar design over and over but I really like this years effort.  It's something about that circle with the team name and logo.  So simple but I really like it.  Christian McCaffrey is so good and deserves to lead this post off .

Contenders sets have a small base set size so the packs are usually pretty star packed.  This one is no different.

You won't find a ton of inserts but there were four in this pack.  I really like the inclusion of retired greats but wish we'd see them as part of the base set.  The Rookie of the Year card is simple but I like the design.

The backs are very good though the lack of stats is always annoying.  Seems like they could throw some in there somewhere.  A duplicate of the front photo with the the photo's background added is nice.  Again we see the circle I like so much.

The numbers on the front of the card represent weight (section), height (row) and uniform number (seat).  Again I'm liking this design.  I know it is pretty simplistic but it works for me. 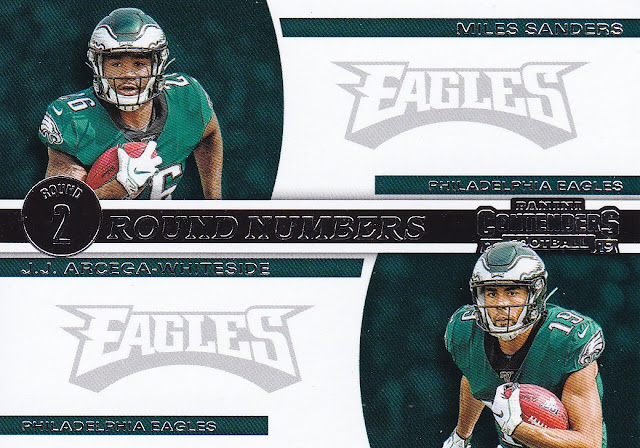 Another of the inserts.  It is a simple way to get a team's draft picks on cardboard.  I like it.  There will definitely be more of these packs in my future. 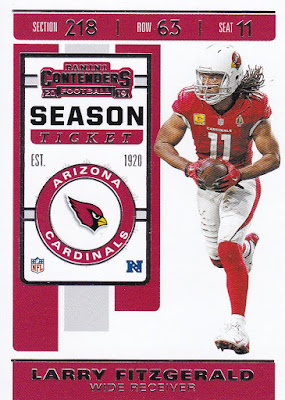