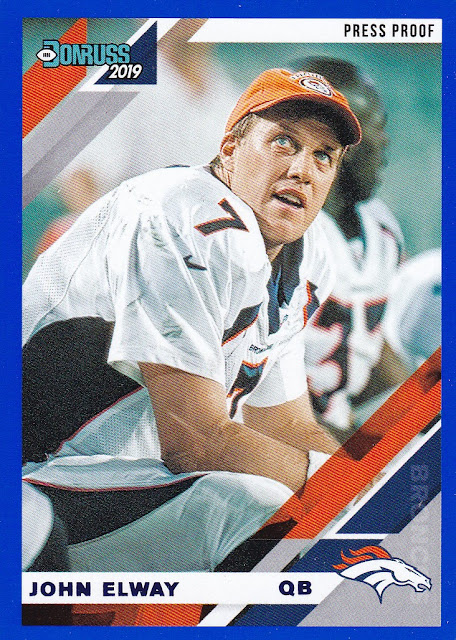 2019 Donruss Football:  Another pack of the 2019 Donruss football which has plenty to like including retired greats like my man John Elway.  Ironically he, and my man crush, Tom Brady both beat my Atlanta Falcons in their two Super Bowl appearances.  Ouch.

Jared Goff and the Rams have really struggled this year.  Goff has more interceptions than touchdowns and has to turn his season around if they are to have any chance of making the playoffs.

More retired greats are always a good thing.  Ozzie Newsome is not only a hall of fame tight end but was also a great General Manager for the Ravens.  In his last draft he drafted Lamar Jackson who of course is starring in his second year in the league.

Robert Quinn is having an outstanding year for the Cowboys.  He already has 9.5 sacks for the 'Boys.  This is a fun brand and I know there'll be more in my future. 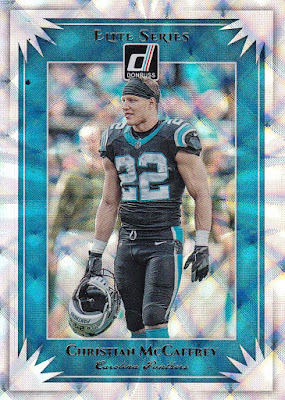 McCaffrey is a stud and helped put my fantasy team in the playoffs.