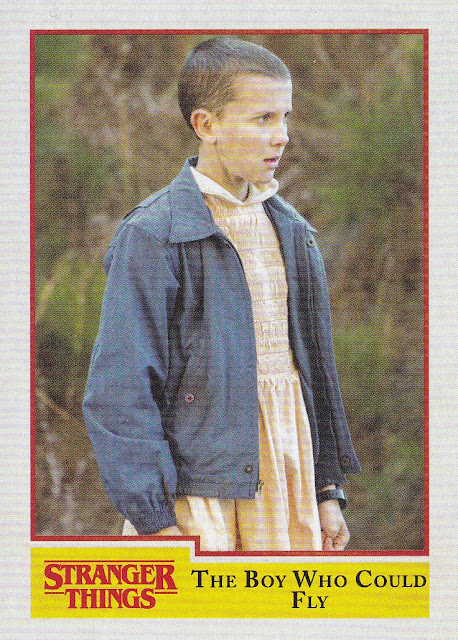 2018 Stranger Things Season 1 Cards:  I've been wanting one of these blasters for a while so it was an easy pick for my Steel City Collectibles Black Friday purchase.  And today is Friday the 13th so a post about Stranger Things seems an appropriate post. I'm a fan of the show and while it's close I think season one is my favorite.  Eleven is a great character and this photo really resonates as a part of the series.  That particular look is a big part of it I know.

The cards are pretty simple and are done on Topps Heritage stock (think Journey To... Star Wars cards).  The majority of what you'll pull from these are taken directly from scenes from episodes. 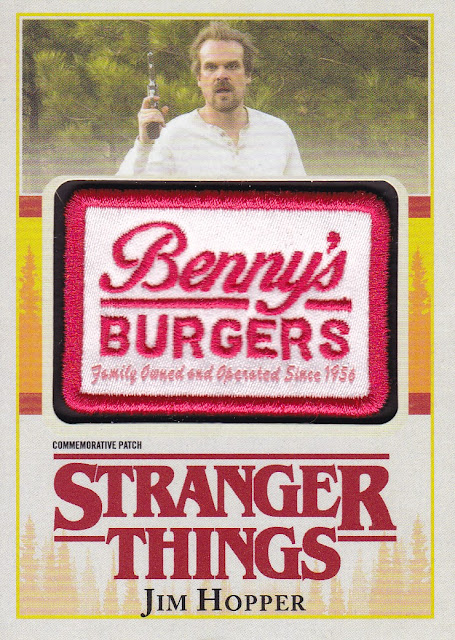 Each blaster comes with a hit and mine was a commemorative patch.  Not sure the connection between Jim Hopper (town sheriff) and Benny's Burgers.  Maybe he worked there once?  No matter.  The patch is from one of the major characters and is  good pull.

I like the design and the older card stock used is perfect for this show which is set in the 1980s.  I really like the R.U.N. card.  Winona Ryder is excellent in this series.  This photo with the Christmas lights and the look on her face is classic in my mind. 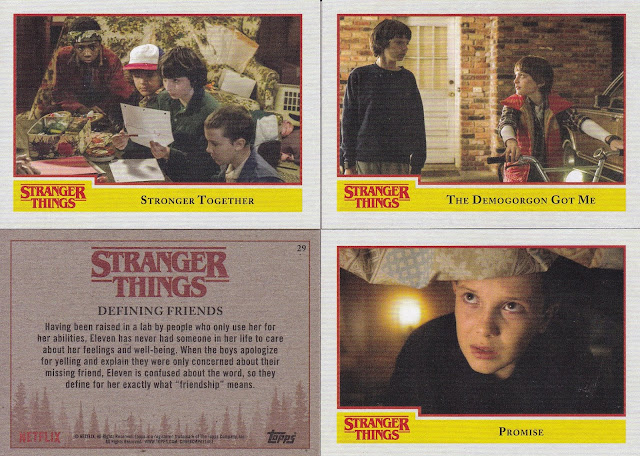 The backs are pretty simple but still effective with a nice write-up for the photo from the front.

I really enjoyed this blaster just as I do the show.  Not every photo resonates like some do but  looking back at a show you enjoy is fun. 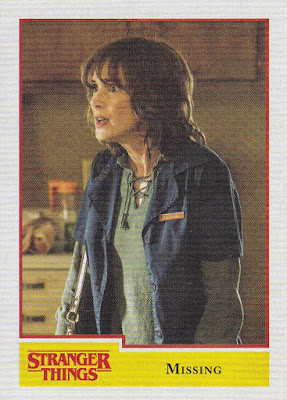 Winona Ryder doesn't always look this strung out in season one...but probably 99% of it.